Posted on Sunday 21 November 2021 by Gareth Prior

Is it that time of the year again? Yes, that’s right today marks the launch of our “just for fun” British Trams Online Tram of the Year 2021! For the second year in a row it has been anything but a normal year for the modern and heritage tramways of the British Isles with a lot of “nearlys” (trams returning to service, extensions opening etc.) but despite that we are still planning to have a full contest of all four categories as all that depends on you as to whether there are any ideas you have for nominations!

Nominations will again be open for two weeks this year between today and Saturday 4th December. When thinking about what you would like to nominate we are looking for any tram, tramway or event which has happened between the first weekend in December 2020 and the first weekend in December 2021. Nominations for all the below categories are open but we won’t make any final decisions on whether to run each category until the end of the nomination period (as some categories look pretty challenging to think of anything this time round!).

The four categories are:

In the original “award” category  – the Traditional Tram of the Year – it has been a case of so nearly having lots to nominate but not quite with various trams almost being ready for a return to service but it not quite happening. Despite that there have been some highlights so if you can think of a tram deserving of a nomination please let us know giving reasons why just in case its not that obvious.

Is there anything which has caught your eye on our modern tramways during 2021 which deserves a mention? In the past nominees have clocked up an impressive million km in service, received new adverts and started a new service – but what has been involved in that something special over 2021? It’s up to you!

2021 still hasn’t been a normal year for any heritage or modern tramway with restrictions in place for a lot of the year and then when they were lifted there have been reduced services on the modern tramways due to staff shortages. But did any tramway stand out for you this year? If so please let us know with those all important reasons – don’t forget its any tramway either heritage or modern.

As the year progressed we finally saw some events taking place in more or less their normal form so this category should actually have some obvious candidates! But what stood out for you? Get nominating with reasons why you think it was special!

Those are the categories, so how do you nominate? You can either leave a comment below, drop an email to gareth@britishtramsonline.co.uk or comment on our Facebook page.

If you want to know more about the contest please visit the dedicated Tram of the Year page at http://www.britishtramsonline.co.uk/tramofyear.html. 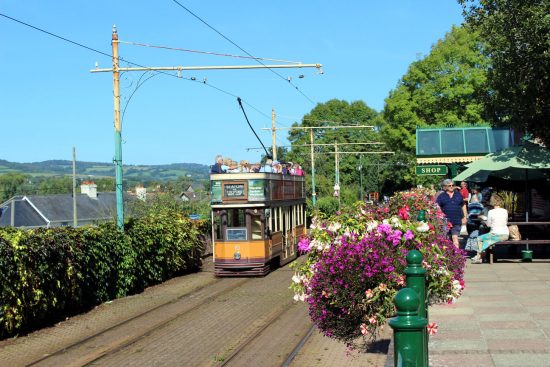 The Seaton Tramway won two awards last year with both Tramway of the Year and Event of the Year going down to Devon for the first time. To illustrate the tramway we see 10 at Colyton on 14th September 2019. (Photograph by Gareth Prior)