There are two Photo Galleries added to the site as part of this week’s main site update – from the USA and Crich:

The Events Diary has also been updated with a few more car club visits to Crich announced. 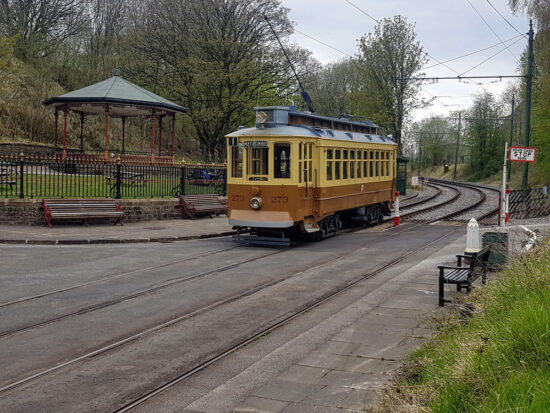 The Crich Tramway Village reopened to the public from Monday 12th April and has been open six days a week since then. With limited tram services (using between two and four trams a day, most weekdays now seeing two in service) and only the outside areas currently open it is a slightly different experience to before but it still allows the chance to have a tram ride through the Derbyshire countryside. On 27th April 2021, one of the two trams to run in service was Oporto 273 which we see here at Victoria Park/Entrance as it heads up the line towards Wakebridge and then Glory Mine. (Photograph by David Maxwell)