As we enter May our latest main site update has been uploaded with a set of photos coming from September 2007 at Crich: 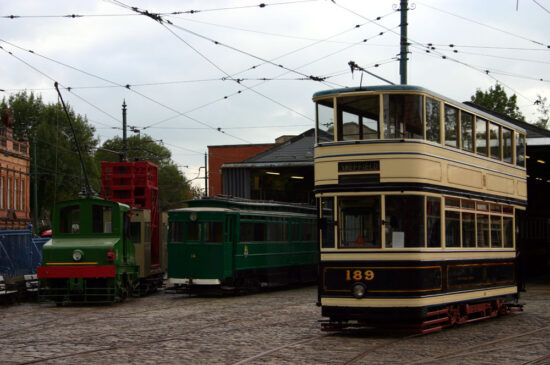 As well as our latest gallery, this week’s “Picture of the Week” also comes from Crich’s Enthusiasts’ Day which took place at the museum on 29th September 2007. Taken in the depot yard we see trams on static display for photos with Sheffield 189 dominating the scene. Alongside are Grimsby & Immingham 14, the Blackpool Electric Locomotive and Leeds Tower Wagon 2. (Photograph by Gareth Prior)