Its a quieter week for our latest main site update as we feature one set of photos from the archives: 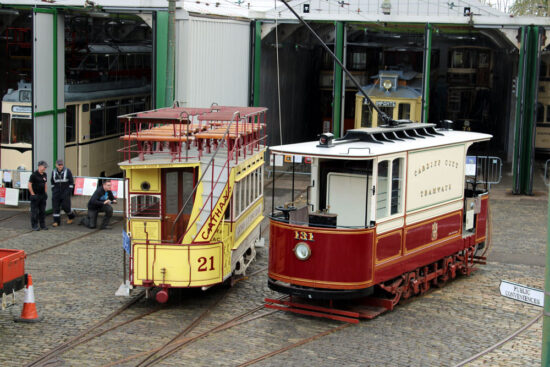 Sunday 2nd May saw a “last chance” photo opportunity of a couple of trams which are due to leave the Crich Tramway Village later this year. While Derby 1 will be heading off to the Clay Cross store for Cardiff 21 it will be heading back to Wales as its loan period comes to an end. In this view we see 21 alongside its fellow Cardiff tram, 131 when posing for photos. This photo is taken from the balcony of Chesterfield 7 which had also been stabled in the yard for photos. (Photography by Peter Whiteley)