In Pictures: In the Workshops at Crich

We’ve reported a lot over the past few weeks about the restorations at Crich coming toward an end and now we get the chance to look around the Workshops just to see what progress has been made on the three major projects at the moment – London Transport 1622, Newcastle 102 and London County Council 1. As well as those three trams we also see a tram being shunted towards the Workshop for a hoped for commissioning although in the event it has ended up being sidelined. Peter Whiteley provides us with these images.

The Workshops at Crich are always a hive of activity and throughout the pandemic and revised working practices they have been busy with three major projects. London Transport 1622 has gone through a major overhaul – one of those jobs which ended up being bigger than at first anticipated – and as we saw recently it has undergone its first test run on the mainline in preparation for full commissioning and testing ahead of a return to service later this year.

Newcastle 102 has been in the Workshops for nearly three years now undergoing another major overhaul – supported by the Tramcar Sponsorship Organisation – and it is hoped that this may also be completed in 2021.

The final tram in the Workshops is London County Council 1 – “Bluebird” – which is under restoration so that it can run in service at Crich for the first time. The work on this tram is also now at an advanced stage although it will be the last of the three to return to action.

As well as these major projects the Workshop team have been busy commissioning the initially much reduced operating fleet for 2021. We have seen in previous articles those trams which have already entered service this year and it was hoped that Blackpool Jubilee 762 – with its Nickelodeon Land advert still in place – would be able to join them. However, when it was moved to the Workshop a motor armature issue – which has been under observation for a while – was found to have deteriorated to an extent where the decision was made to withdraw the tram from service to prevent any further damage.

The Workshops will remain busy over the coming months with not the only three major projects mentioned above but in due course Blackpool Standard 40 will be lifted to enable this to be returned to service in the future. It is likely to enter the Workshop once Newcastle 102 is mobile once more. 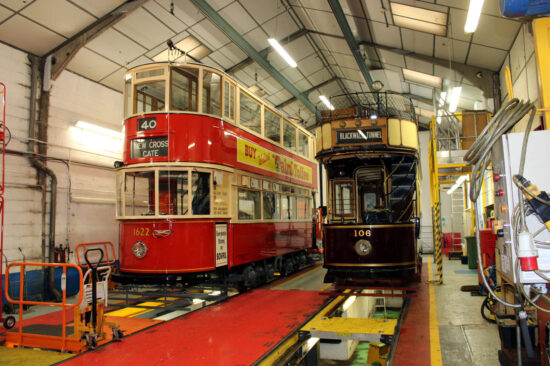 At the front of the workshop London County Council 106 is undergoing routine maintenance alongside London Transport 1622. The latter is now at the end of an extensive overhaul and repaint with period advertisements now applied (which are different on each side!), and should be back in service soon following a period of test running. 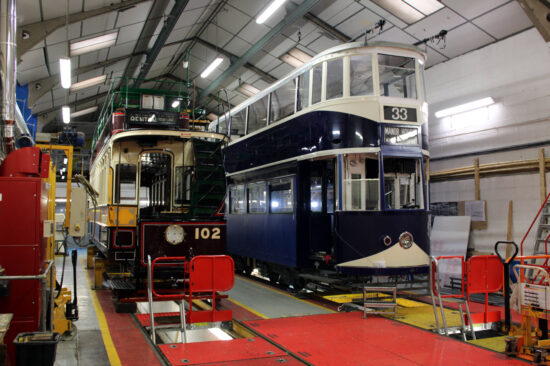 The London theme continues with London County Council 1 seen at the rear of the workshop, next to Newcastle 102. Both are long term residents although their respective restorations are now at an advanced stage with the Newcastle car expected to be completed and available for service this year. 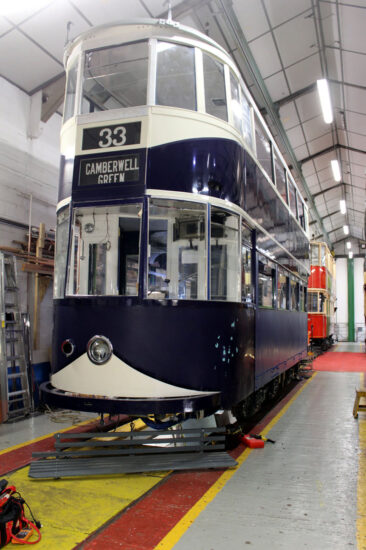 A closer look at LCC 1 showing the advanced stage of restoration now reached, with 1622 visible in front. 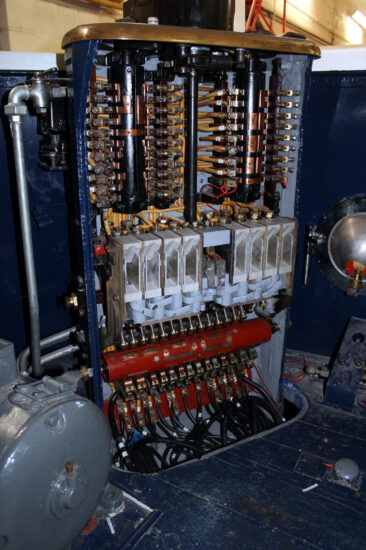 May 8th marked a milestone in LCC 1’s restoration with work on the first of its controllers being completed. This is seen before the casing was added, offering some insight of how complex this job actually was! 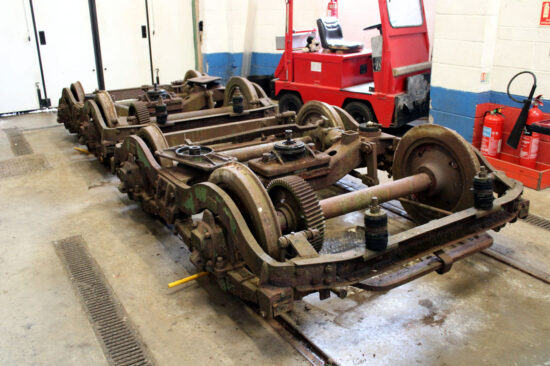 Also in the workshop on this day were the set of bogies salvaged many years ago from the long-scrapped Blackpool Brush car 638. These have recently arrived at Crich and will be used as an accommodation set of trucks, on which the new underframe of Blackpool 298 will be mounted when it arrives on site. Here the trucks are pictured in the wash bay being prepared for use. 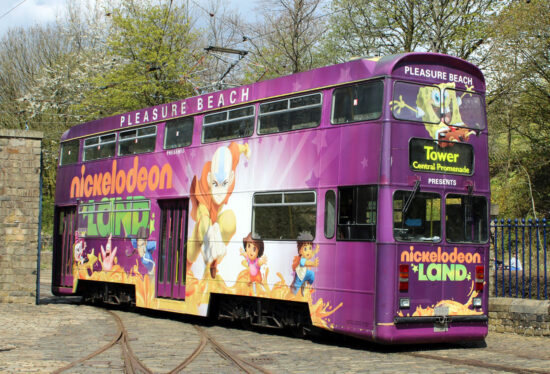 On 2nd May and Blackpool 762 is shunted between the workshop and the depots. It had been hoped that this tram would be used in service this summer but sadly the deteriorating condition of its north end motor has ruled this out, so this could be the last time the tram runs under its own power. (All Photographs by Peter Whiteley)