Posted on Sunday 21 February 2021 by Gareth Prior

This week we go back to 2006 for a selection of images taken on Nottingham Express Transit, which at the time had been running for a little over two years. With the trams running in their original fleet livery (plus a few adverts too) we take a look at the network as it was in 2006 between Station Street and Hucknall/Phoenix Park.

There is also an update to the Manchester Metrolink Fleet List following the arrival of 3123 and photo link updates to the Edinburgh Trams Fleet List. 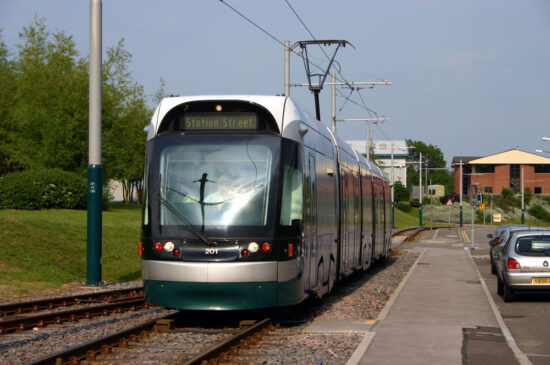 On 7th June 2006 the first of the Bombardier built Incentro trams, 201, is seen approaching the Nottingham Express Transit terminus at Phoenix Park. The tram has come from Station Street and that is where it will return with the destination display having already been changed for that return trip. (Photograph by Gareth Prior)

This entry was posted in Nottingham Express Transit, Picture in Time, Site News. Bookmark the permalink.