In Picture: Tamper at work in Blackpool

Posted on Saturday 20 February 2021 by Gareth Prior

It may be the weekend but that doesn’t mean it’s a day off for the workers involved in the trackwork in Blackpool – far from it as the tamper was out once again being used on both the northbound track from Cleveleys to Fleetwood and then the southbound track. Unfortunately, as with an attempt earlier in the week to use the crossover at Cabin it wasn’t possible for the tram to use the crossover at Thornton Gate and so a road trip was required to transfer it onto the opposite track. This latest photo update shows us a few sights on Saturday 20th February 2021. 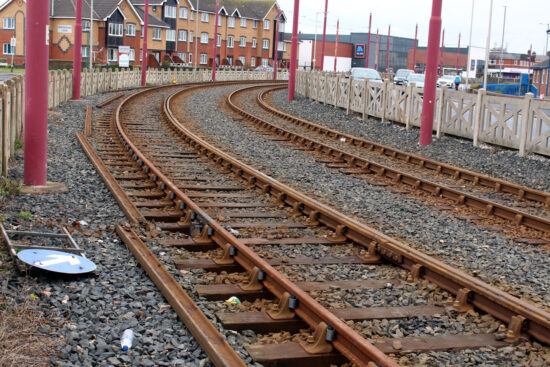 Orion Curve with new track having been laid at the end of the week. 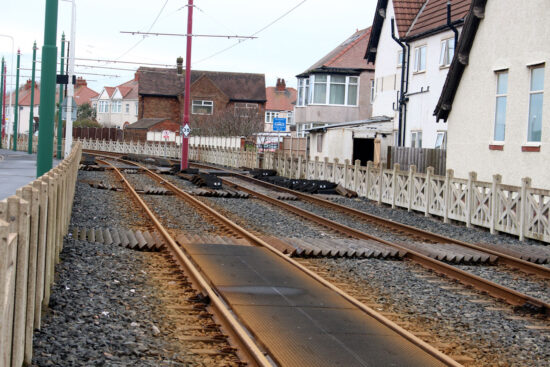 This is the scene at West Drive to the north of Cleveleys. As we saw earlier in the week some of the between track surfacing has been removed for the trackwork to take place. 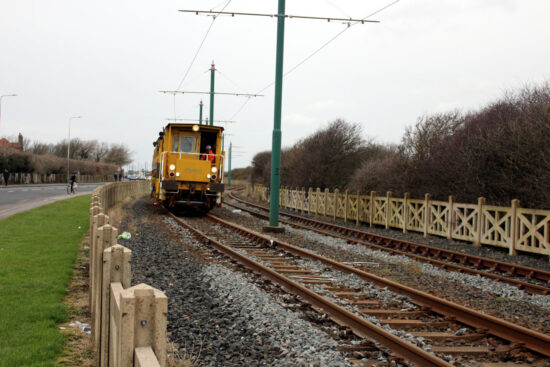 The tamper – which has been in Blackpool since the start of the week and we previously saw it at use south of Little Bispham – is seen at Rossall heading south on the northbound track having previously gone north on the same track. 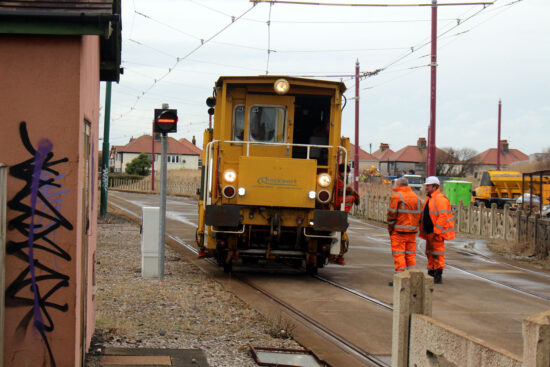 With the tamper having failed to use the crossover at Cabin earlier in the week you would think that the decision would have been made not to try at Thornton Gate – but try they did! Here it is seen having got stuck on the crossover attempting to travel from northbound to southbound track. 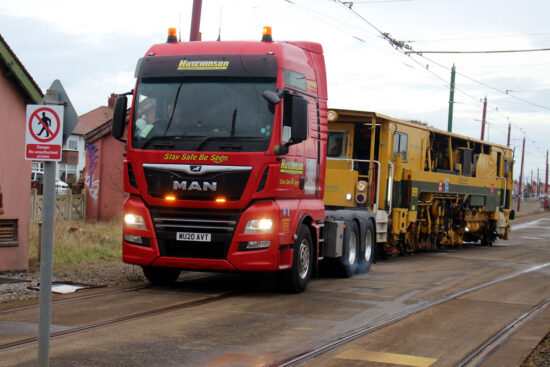 The tractor unit from the low loader was used to pull the tamper back off the crossover. 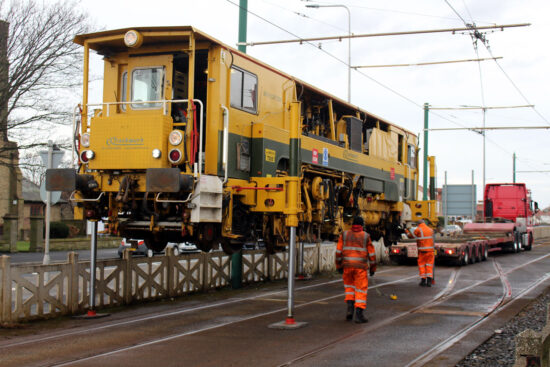 It’s a flying tamper! In order to load it onto the low loader the tamper is elevated as seen in this image which allows the trailer to be reversed under. 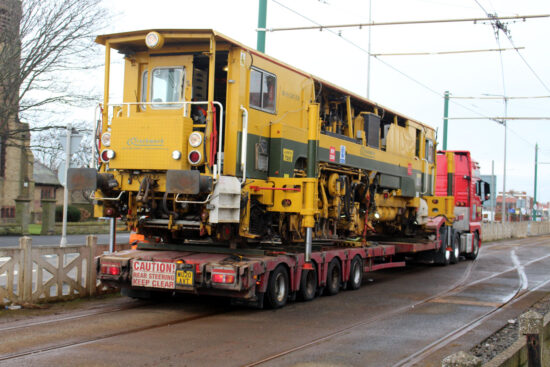 The tamper is then lowered onto the trailer. 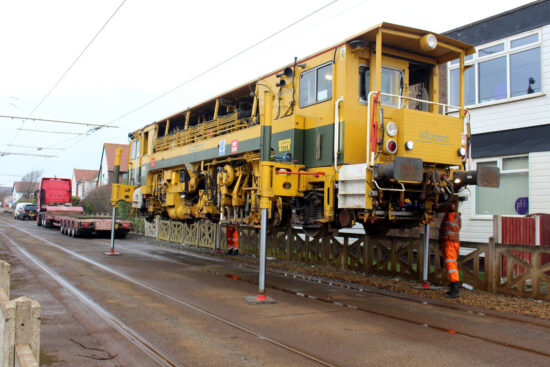 The tamper is then transferred to the southbound track and after unloading from the trailer waits to be lowered onto the tracks. (All Photographs taken on 20th February 2021)

The work south of Cabin has now been extended with trams not now due to resume between Harrow Place and Cabin until Monday 22nd February, one day later than originally planned.

3 Responses to In Picture: Tamper at work in Blackpool