This week we have photos from Manchester Metrolink and Burton & Ashby 14 at the Statfold Barn Railway: 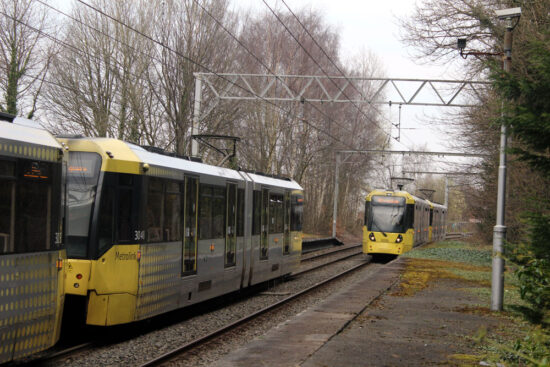 Stretford on Manchester Metrolink’s line to Altrincham is the location for this week’s front page photo as we see two double units heading their respective ways on 21st March 2022. On the left 3036 leads 3048 off to Bury just as 3026+3052 arrives bound for Altrincham. (Photograph by Gareth Prior)