Posted on Sunday 7 November 2021 by Gareth Prior

This week we have another couple of Photo Galleries added – Nottingham Express Transit and the Kingsway Tram Subway feature:

And we have also added the first events for 2022 to the Events Diary – details from Crich and the Isle of Man are now on the list. 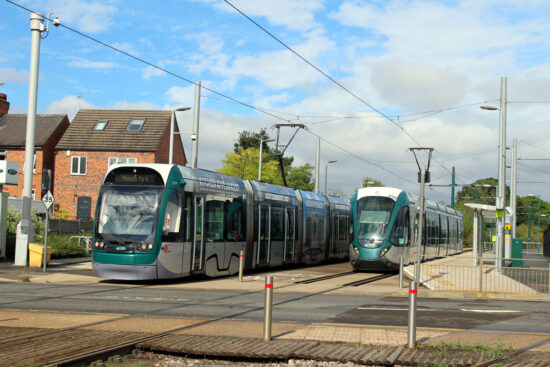 The old(er) and the new(er) on Nottingham Express Transit are seen at Wilford Lane tramstop on the line out to Clifton South on 19th September 2021 in this week’s cover photo. As 208 arrives at the stop with a service to Phoenix Park we see 220 already waiting at the stop and heading in the opposite direction to Clifton South. (Photograph by Gareth Prior)