In Pictures: Another look at Ipswich Transport Museum

Posted on Monday 24 September 2018 by Gareth Prior

The Ipswich Transport Museum is the home to two trams – one electric tram from the city’s tram system and a horse car from Cambridge. We have featured both trams extensively over the past year or so and here again we see the duo including the latest progress on the cosmetic restoration of the Cambridge Street Tramways horse tram. 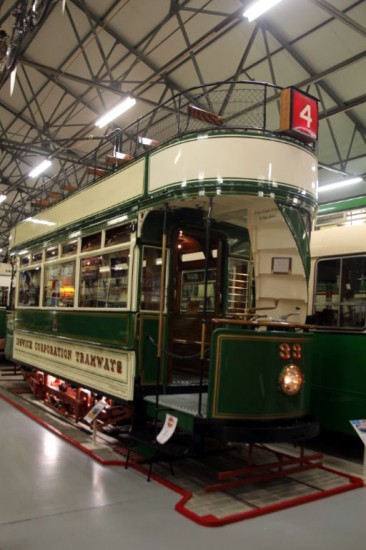 Ipswich Corporation Tramways 33 is an open top double decker built by Brush of Loughborough in 1904. Operating on the 3’6” gauge tramway until withdrawal in 1926 it was sold on for further use as a summer house before being acquired for restoration in 1976. Now sitting on a Lisbon truck the cosmetic restoration was started in 2003 with the tram completed in 2012. It has remained displayed at the museum ever since in pride of place looking stunning. This view shows the tram in situ. 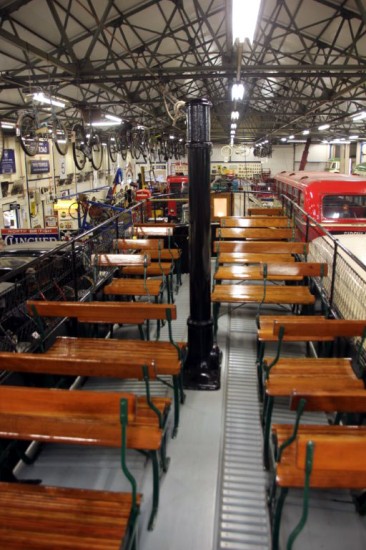 A view of the top deck with all seating and the trolley boom in place. 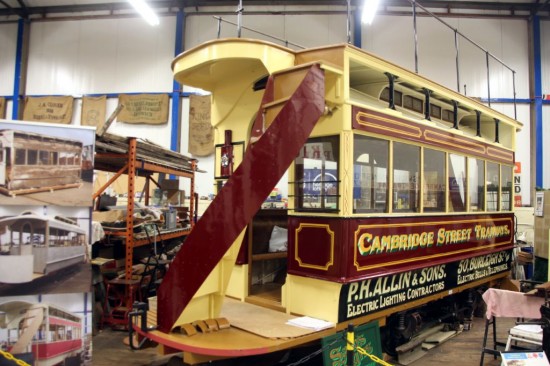 The nomadic Cambridge Street Tramways 7 was built for Bath in before being sold on for further use in Bradford and eventually arriving in Cambridge during 1894. Withdrawn 20 years later 7 was sold on for further use and was finally saved for preservation in 2003. Now under restoration excellent progress has been made recently with the paintwork now being completed. This 4” gauge tram will eventually be displayed in the main museum. 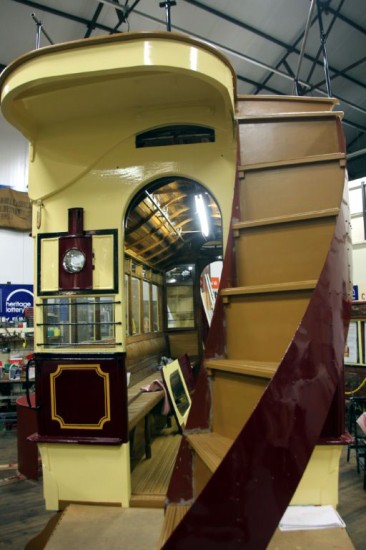 Another view of 7 showing one end including the staircase. (All Photographs by Tony Sullivan, 8th July 2018)

1 Response to In Pictures: Another look at Ipswich Transport Museum