Posted on Friday 4 June 2021 by Gareth Prior

The Preston Trampower project – which it is hoped will eventually see a 5km operating tramway in Preston – has recently seen further progress with a listed building acquired for their new headquarters, ahead of a planned start on constructing a demonstration line this summer. Station House, in Gamull Lane, has been purchased with architects appointed to refurbish the mid-19th century building to become a new base for the company.

Station House was once a station master’s house and booking office on the old Preston and Longridge railway line but was most recently in use as a private residence. It is a two-storey sandstone building featuring prominent moulded gutter cornices, sash windows and corniced gable chimney stacks. Architects, Smithers Purslow, have been appointed to help with the refurbishment of the building which, if the full plans go-ahead, could see trams on the 5km Guild Line running past.

But before thoughts of the full Guild Line can be considered, the 200 metre demonstrator line in Deepdale needs to be constructed. After many false dawns it is hoped that construction of this short line will commence in the summer to allow testing to start and help to persuade local authorities of the need for Preston to have a full – privately financed – tramway. The demonstrator line would run between Skeffington Road and West View Leisure Centre with Eric Wright Civil Engineering appointed as contractor for this work. There are currently negotiations ongoing with Network Rail over access arrangements to the line and once these are concluded Preston Trampower say they are confident that work will be able to commence.

Lincoln Shields, Director of Preston Trampower, said: “We have been looking for a permanent HQ for some time. As we will be bringing parts of the former Preston and Longridge railway back into use as a sustainable tramway, we couldn’t have wished for a more fitting building than Station House. It gives us a presence in the very community where we are looking to bring forward the Guild Line and we look forward to the day where this building will once again see passengers going by its windows. We already have a contractor clearing the site in front of the building and will be undertaking a significant internal refurbishment as well as external landscaping over the coming weeks. This is great news for the local community as it secures the future of this important building and prevents is slipping into disrepair.”

If the full project goes ahead it is estimated that the 5km line will cost £25 million with funding coming through investment from high-net-worth individuals and sustainable investment funds. It would run from the M6 at Red Scar to the city’s University Quarter with 12 stops constructed. Project estimates state that there would be 1.8 million journeys each year with a tram every 6 minutes.

Lincoln commented further: “It’s been a long, eventful journey since our plans were first revealed just over a decade ago, but we are now making real progress and we’re very confident that work will start on the demonstrator line this year. Now more than ever, Preston needs green, sustainable transport and this is a perfect example of an infrastructure project that can help the city get back on its feet after the pandemic.” 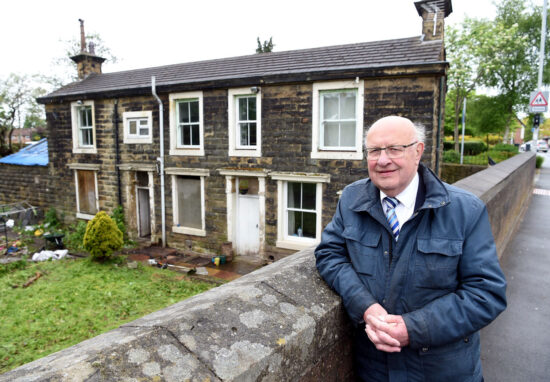