Heritage trams return to the rails in Blackpool

Posted on Thursday 3 September 2020 by Gareth Prior

As planned the August Bank Holiday weekend saw the return of Blackpool’s heritage trams to the tracks with three days of special tours taking place using three different trams each day. A combination of “Promenade Tours” and “Coastal Tours” ran with different tram types allocated to these trips. In total six different trams ran over the course of the weekend in service as social distanced passengers could again enjoy a traditional tram ride in Blackpool for the first time since the end of March.

As with many things just now the experience of travelling on Heritage Tram Tours is different with pre-booking required to guarantee a ride. Each tram has limited capacity (there will be no 90 passengers on board a Balloon for the foreseeable future) and no day tickets are available with standard Promenade Tour and Coastal Tour tickets available for these Bank Holiday trips.

On each day of the weekend three trams were allocated to service – a Balloon Car, a vintage car and a Boat Car (the latter of which would have been substituted for a single decker in the event of poor weather which thankfully stayed away). The Balloon Car was diagrammed for the “Coastal Tour” which travelled all the way to Fleetwood with the other confined to the “Promenade Tour” as far north as Little Bispham.

With the first weekend now out of the way Blackpool Heritage Tram Tours are looking forward to the Illumination season which kicks off on Friday 4th September (that’s tomorrow) and will carry on all the way through until Sunday 3rd January 2021. Illumination Tours will be starting from Pleasure Beach as normal but pre-booking is required to guarantee your spot on the tour. Extra tours have been added from those initially advertised in the first week of the illuminations but all tours during September are due to be in the hands of Balloon Cars as the Illuminated Featured cars remain under attention in the workshops. It is planned that as from October one illuminated tram will run each evening. In addition weekends will see a “Promenade Tour” at 1600 operated by vintage tram (either Bolton 66 or Standard 147). Details of tours over the scaled back Anniversary Weekend on 26th and 27th September are to follow.

Details of tours by date are available via this page: www.blackpoolheritage.com/choose/. 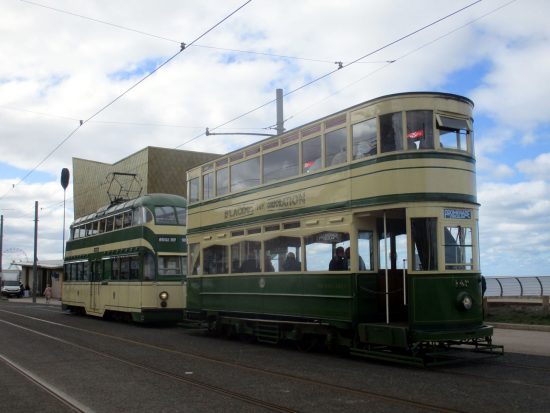 Standard 147 and Balloon 717 wait at North Pier and Tower – a sight for sore eyes heritage trams back on the Prom! This is the first day 29th August. 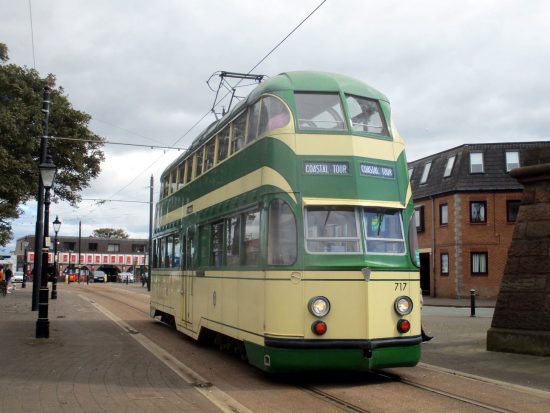 717 is seen later the same day sitting at Pharos Street in Fleetwood awaiting departure back to Blackpool. 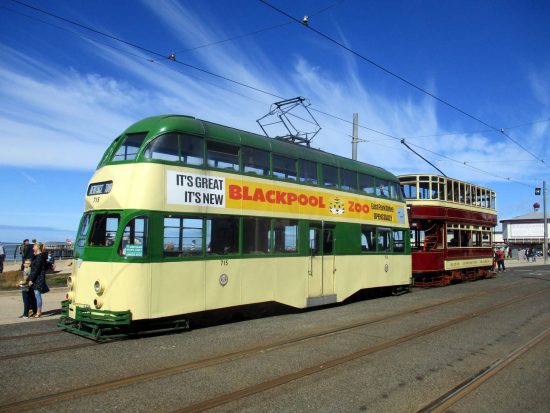 Sunday 30th August and back at North Pier and Tower where Balloon 715 and Bolton 66 wait their duties for the day. 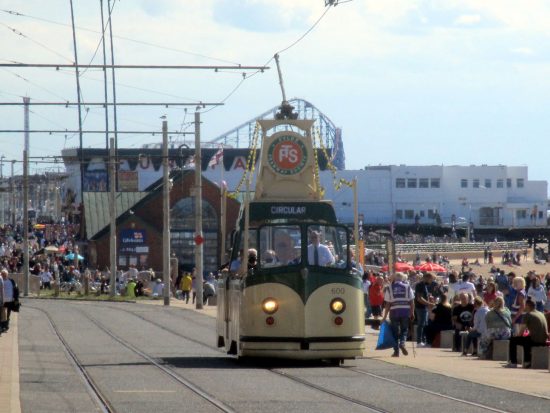 And on Monday 31st August we catch-up with Boat 600 with Central Pier in the background. (All Photographs by Rob Bray)