Posted on Friday 4 September 2020 by Gareth Prior

This week we move forward a bit in time at the Crich Tramway Village, around about a month since last week’s image, and we feature Berlin 3006.

By 30th June 2011 the trackwork towards Town End has been completed and trams were once again to travel the entire length of the tramway with Leeds 399 in evidence at the stop in the distance. But our attention is turned towards the tram in the foreground, Berlin 3006. At this time 3006 was in its original Crich condition of the orange livery and carried the number 3006 (instead of the cream/black livery and number 223 006-4 it can be seen in today) and for some reason in this photo it is unloading outside the Library instead of at the normal stop – reasons as to why are unknown! 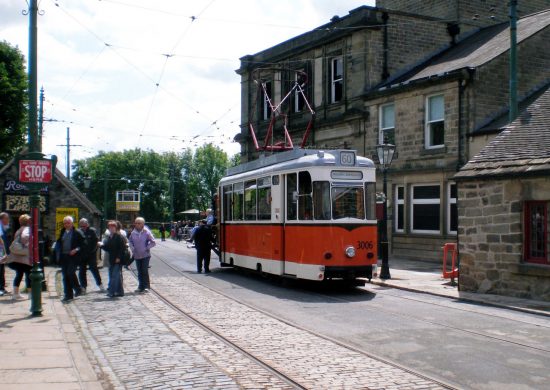