Posted on Wednesday 29 July 2020 by Gareth Prior

For the last time in this small batch of photos “Picture in Time” is off to Dublin’s Luas system for this edition.

As last week we are again at James’s stop, and again like last week we have no luck in identifying the tram as it is numberless in the areas we can see on the photo! Whereas last week we had a three section tram this is one of the Citadis 301’s which had already been lengthened to five sections by 2007. The tram is running between Connolly and Tallaght on the Red line and the date is 15th July 2007. 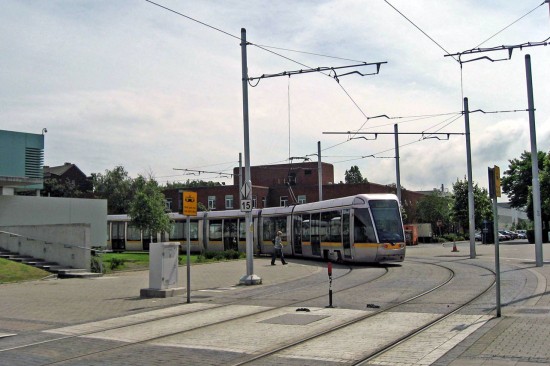