Whatever Happened To? Blackpool Balloon 720

We’re still taking a look at the trams which ran in Blackpool over the weekend of 5th and 6th November 2011 – which was, of course, the final weekend of the traditional tramway. This time around we take a look at Balloon 720.

Balloon 720 would only run on Sunday 6th November with it not being required the day before. On that final day it was out for the evening service running up and down between Pleasure Beach and Little Bispham. It would end up being the last traditionally shaped Balloon Car to return to depot (even if it had modern additions the shape was still more or less as built) when it left the Prom at 2357, being followed just a couple of minutes later by the last tram of all, 707.

Despite the fact that 720 had only recently gone through the workshops as the last fully overhauled Balloon Car before a stop was made to this work and that it had the “B fleet” modifications, the subsequent history of 720 has not been one of lots of running. The tram is now stored in Rigby Road Depot and with the use of the “B fleet” trams never having really materialised it is likely that is how it will remain for some time yet. 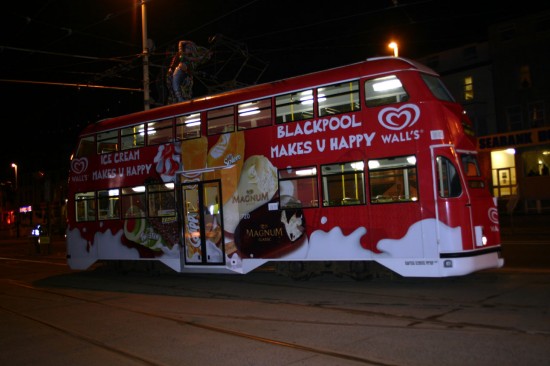 Ice Cream Makes You Happy. So says the Walls advert on 720 as it prepares to head up Lytham Road for depot one last time on 6th November 2011, shortly before midnight. 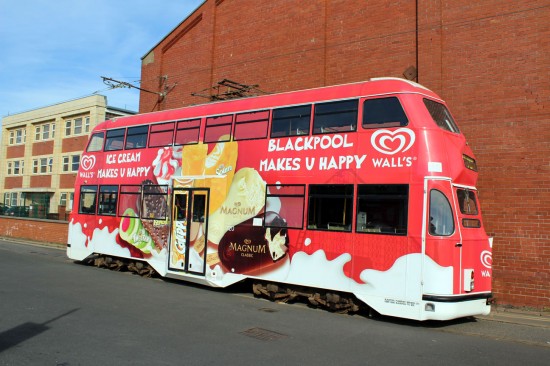 In this very crooked photo we see 720 in 2015 when it was displayed on Blundell Street as part of the September Spectacular event. This is 27th September 2015. (Both Photographs by Gareth Prior)