As part of the continued move towards fully integrated transport in Greater Manchester a new transport interchange is being constructed next to the Metrolink Ashton-under-Lyne terminus to allow seamless change between bus and tram. Although the project has been delayed by the pandemic – but then what hasn’t – the project is now approaching completion, although no opening date has yet been announced.

The new interchange will replace Ashton Bus Station and features a large covered central building on two sides of which are arranged bus stands. Most of these stands will be accessed from the building giving covered waiting areas and doors only opening when buses are waiting at the stand.

Those stands on the western side will be of the drive in, reverse out style while the eastern stands will be parallel to the face of the building. There will also be five new stands immediately alongside the tramstop and these will each have a freestanding glazed shelter. These stands next to the tramstop are already in use although the rest of the facility awaits completion and an eventual public opening. 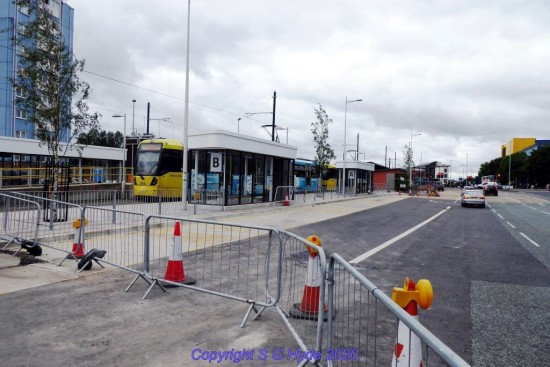 This photograph shows two of the new bus stands which are located alongside the existing Ashton-under-Lyne tramstop. Standing at the terminus are 3066 and 3116 awaiting departure on the 10 minute interval service to Eccles via MediaCityUK. 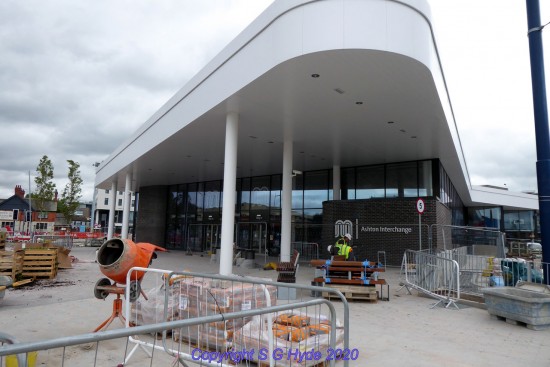 Here we see the rather dramatic new interchange building which is located immediately east of the tramstop. The old bus station is just beyond the main building on land which will be available for redevelopment once the interchange opens. 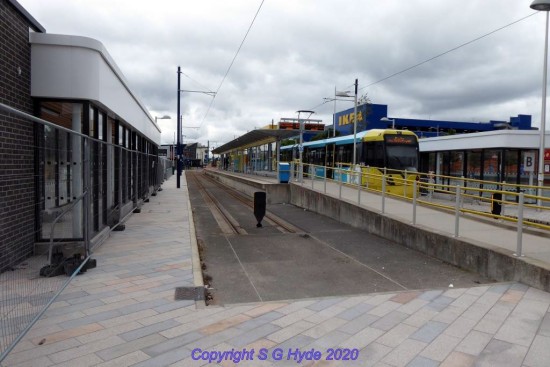 Another shot of the tramstop and one of the adjacent bus stands. This gives some idea of the proximity of the new facilities to the trams. 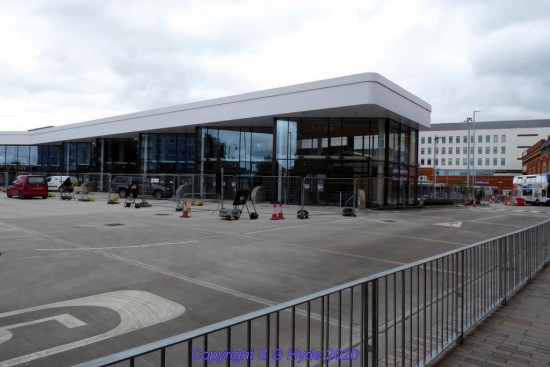 A final shot showing the western elevation of the bus facilities with the drive in reverse out bus stands. (All Photographs by Steve Hyde)