Another view from Dublin for today’s “Picture in Time”.

After the last couple of weeks in 2005 we have now moved forward two years to 2007 and this photo shows 3025 (one of the two trams which we featured in last week’s image). 3025 is an Alstom Citadis 301 built in 2003-4 and here is still in its original three section condition (it now consists of five sections). It is on the Red line here at Heuston Station with a service running through to Tallaght, this would have started off at Connolly. The three track layout is seen in this image. 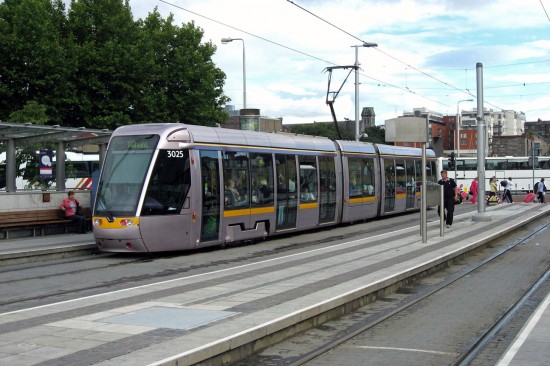