Nottingham Express Transit is currently taking the opportunity to undertake some essential rail replacement works in the city centre with the section between Royal Centre and Old Market Square being treated to some new rails, the old rails having been in situ for 16 years since the line opened to the public in 2004. The work got underway on 20th June and is due to continue until 19th July.

During the works the network has been split into two with trams from Phoenix Park and Hucknall terminating at Royal Centre and from Toton Lane and Clifton South at Nottingham Station. A replacement bus service is also running although with social distancing measures in place the advice is that anyone who can should walk between the two stops to resume their journeys.

* More photos from this visit can be viewed on the Geograph website. 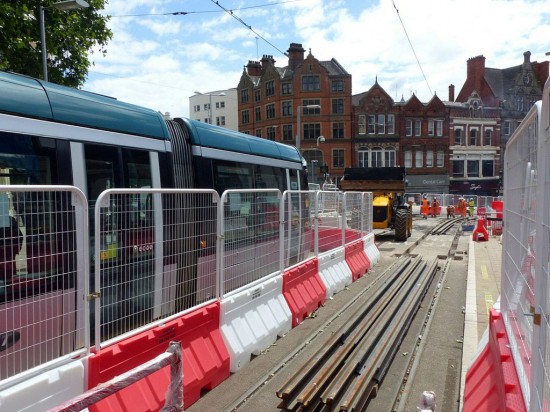 The temporary terminus at Royal Centre where trams are currently using the southbound platform. Work on replacing the northbound track can be seen in the distance. 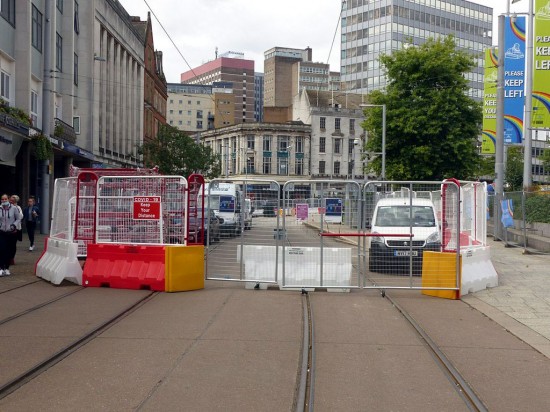 Old Market Square stop is closed during the work, although isn’t part of the section where new rails are being laid. It is, however, being used as a compound for contractors vehicles. 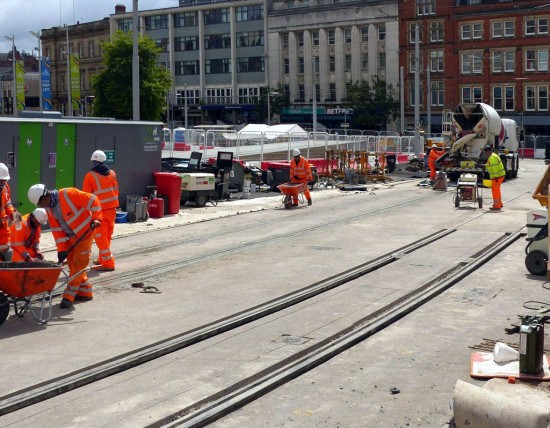 In Old Market Square where new rails have been laid. 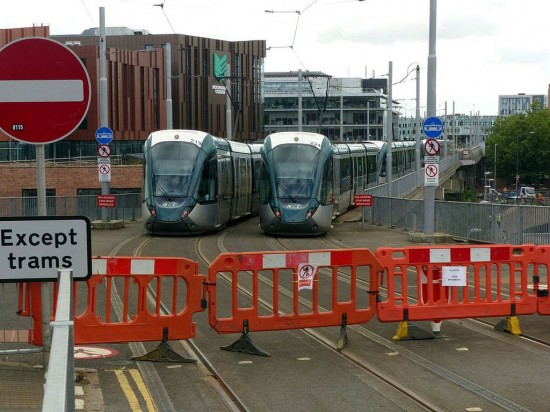 With no trams running from Royal Centre to Nottingham Station the viaduct leading to the station was used to store spare trams. Here we see 219 and 224 closest to the camera. 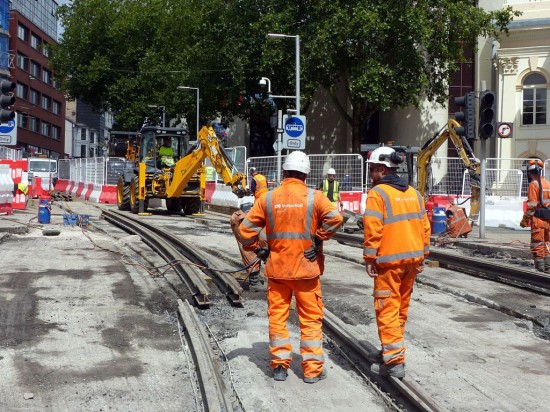 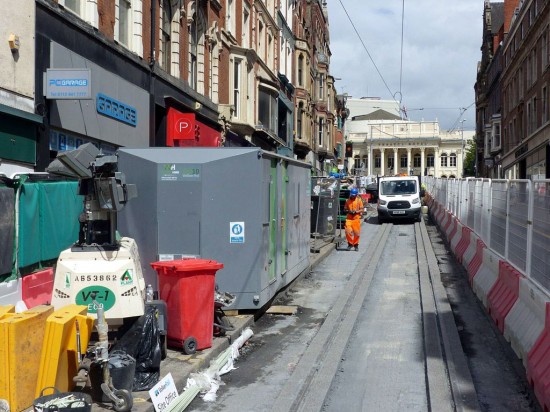 Market Street (between Royal Centre and Old Market Square) where new track is in place but the final top surface is still be put down. (All Photographs by Alan Murray-Rust and licensed for reuse under Creative Commons (CC BY-SA 2.0). Further images from this visit can be viewed on the Geograph website at https://www.geograph.org.uk/snippet/20797.)