Posted on Wednesday 1 July 2020 by Gareth Prior

The next batch of modern tram “Picture in Time” images come from Dublin and the Luas system.

This photo shows 3017 at Connolly in 2005, around a year after the first sections of the network had opened. Connolly is on the Red line and was part of the original line opening in 2004; at this time trams ran there from Tallaght but four years later a further extension of the Red line followed to The Point which is a separate to the branch to Connolly.

3017 is one of the Alstom Citadis 301 trams built in 2003-4 for the opening of Luas, now formed of five sections, but at the time of this photo only a three section tram. It is awaiting at the stop with its destination screen stating “Not In Service”. 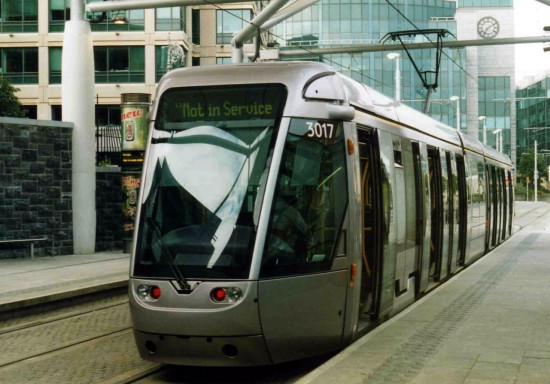