It’s the type of story which continues to happen all around the UK as various utility works and roadworks see old tram tracks unearthed. Once buried beneath the road surface following the abandonment of first generation tramways, partly for ease and also partly to help strengthen the surface, many towns and cities across the country periodically see them come to public attention again. The latest city is Leeds.

Work has been ongoing for some time around Leeds and has now moved close to the old Guiseley Tram Depot (which will be featured in a future edition of Still Standing!). The location of the below photos is around 100 yards from the old depot back towards Leeds on Otley Road. Trams last run to Guiseley on 16th October 1934 so these tracks most be over 80 years old and found once more! 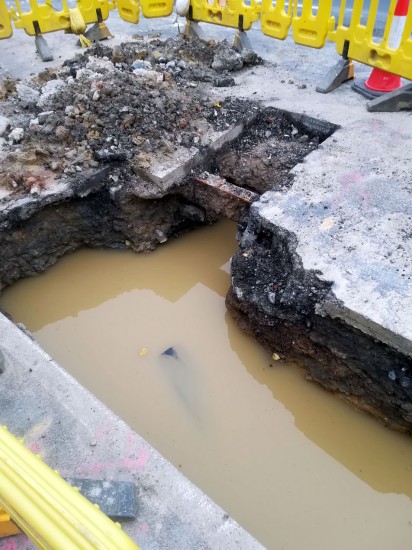 The works here are on behalf of British Gas and whilst the weather may have brought a downpour and filled the hole you can see a small section of track in the centre of image, floating between the remaining parts of tarmac. 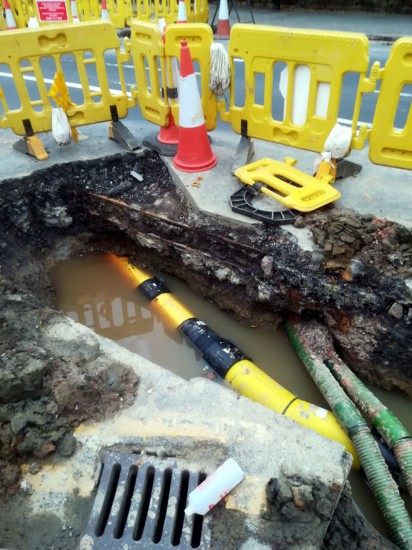 More track is seen in this shot running along the centre of the image. (Both Photographs by Neil Gardner)