In Pictures: A late October day in Blackpool

Wednesday 30th October was just another illumination day in Blackpool with a two tram afternoon heritage service along the Prom followed by evening illumination tours. With it still being October Half Term in various areas of the UK it was a busy day, especially during the evening, which necessitated five trams in use on illumination tours and even with those there were fairly lengthy waits for tours. In this pictorial, we see photos from Peter Narramore of the afternoon service in the hands of recently returned Centenary 642 and Balloon 718 before we take a look at a Balloon on evening tour duty and throw in a Flexity for good measure as well! 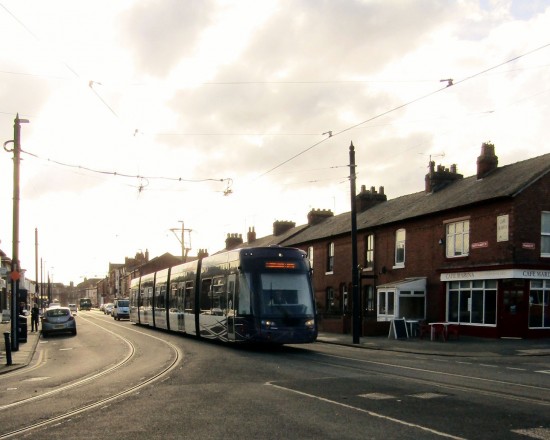 We actually start with a Flexity with 013 on North Albert Street as it approaches journeys end in Fleetwood. 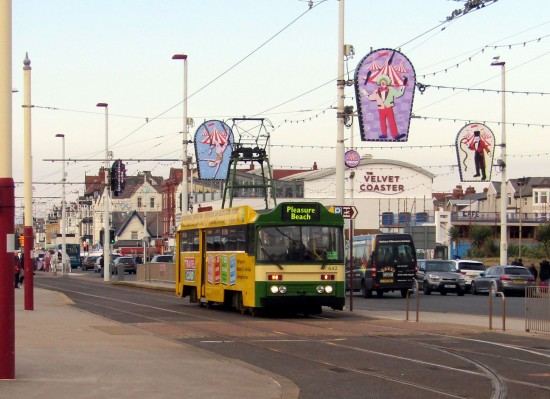 Into Blackpool and the afternoon heritage service with Centenary 642 seen here on the approach to Pleasure Beach. As we recently reported this tram returned to the rails earlier in the month having been missing since January. 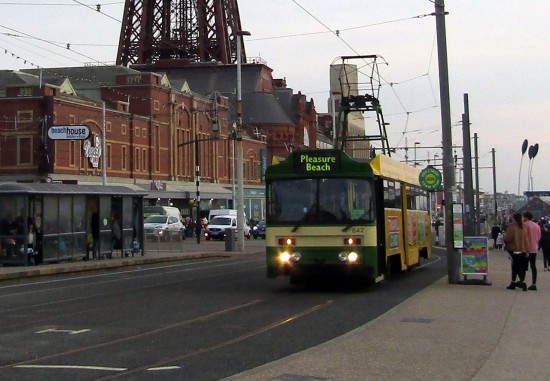 Another view of 642. This time we are at North Pier/Tower. 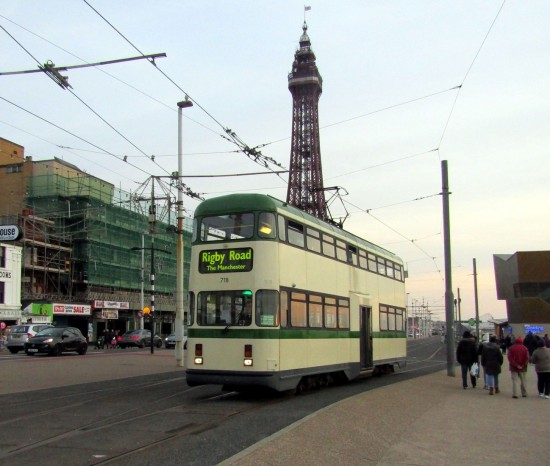 The second tram on heritage tours was Balloon 718. Here we see the tram at North Pier/Tower with it just having terminated and about to return to depot. 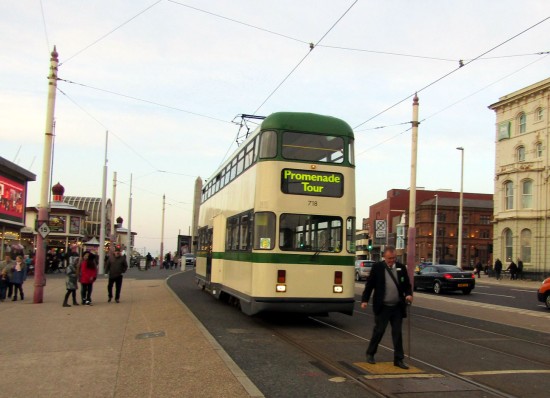 718 prepares to reverse with the points about to be changed for its return to depot. 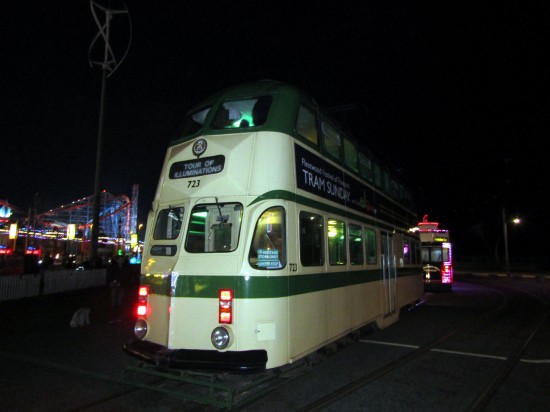 Evening illumination tours saw five trams run including the three feature cars (of which we can just see the Trawler here) plus two Balloons. One of those Balloons was 723 which is on Pleasure Beach loop here. (All Photographs by Peter Narramore, 30th October 2019)