Around the World in Trams: Milan 1862

Milan is again the location for this week’s look at trams from outside the British Isles.

For the third week in succession we feature one of the 500 Peter Witt trams built for Milan in the period between 1928 and 1930 but this time it is in standard fleet livery. The tram seen here nearest the camera is 1862 which is in Via Broletto near the Duomo (Cathedral) on 14th March 2019. As can be seen 1862 is at the head of a queue with at least another three trams seen behind it. The trams were being delayed by a large protest attended by thousands and preventing the service from continuing. 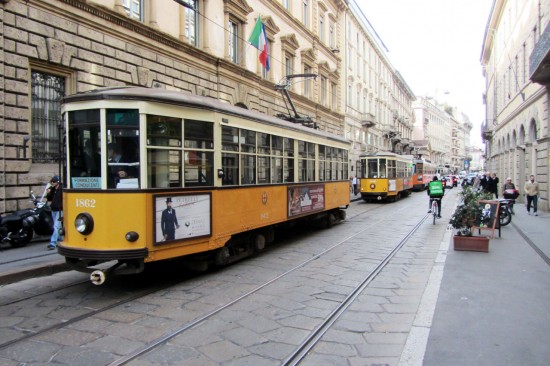