It seems that if you like to see rediscovered tram track then the place to be at the moment is Sheffield as hot on the heels of the track found in Blonk Street more roadworks has seen further sections uncovered at Fitzalan Square.

Of course, Fitzalan Square is a name that has connections to the modern day Supertram network with a stop provided there on the outskirts of the city centre and served by trams running to Halfway, Middlewood, Meadowhall, Malin Bridge, Cathedral, Herdings Park and Rotherham Parkgate. But the original tram network – closed in 1960 of course – also served Fitzalan Square and these tracks, which are only a few yards away from the modern day network, were last used by service trams in October 1959 for services running to Wadsley Bridge. They did remain in situ until the end in the October of the following year before being covered by tarmac – until now! 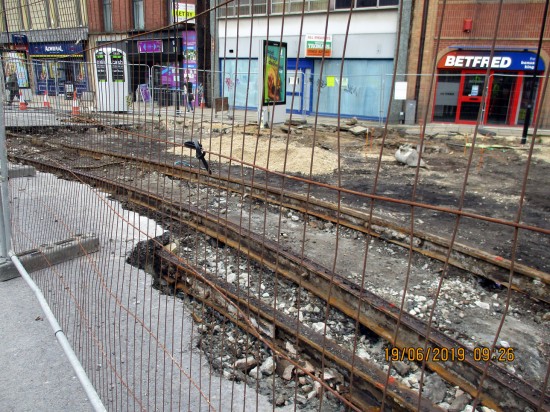 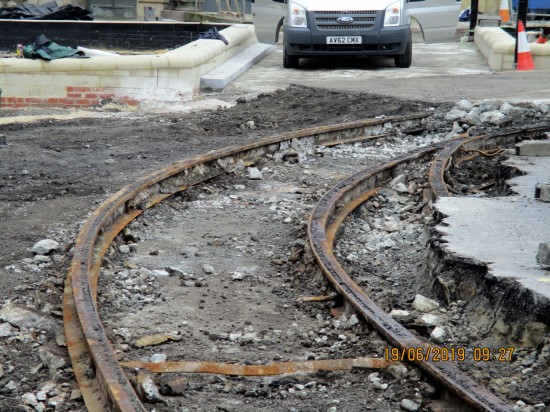 The rediscovered track in Fitzalan Square. (Both Photographs by Stuart Cooke, 19th June 2019)