Today our dip into the archives stays in Crich for a view of a regular performer in service – Glasgow 812.

Built in 1900 Glasgow 812 was one of over a thousand Standard tramcars built for the sprawling Glasgow Corporation Tramways systems and was initially an open topper before it gradually became modernised and was finally a fully enclosed tramcar – the condition it is seen in this photo. 812 remained in service until summer 1960 when it was finally withdrawn as the Glasgow system started to close in stages. The tram was preserved and quickly moved to Crich in August 1960, running for the first time in 1966.

At the time of the below image, taken in 1989, 812 was in its second spell of operation at Crich having enjoyed a full overhaul in the 1970s and would remain a regular performer in service until 2015 when it was withdrawn again requiring workshop attention. At the time of writing it still awaits this and can be found in the depots. 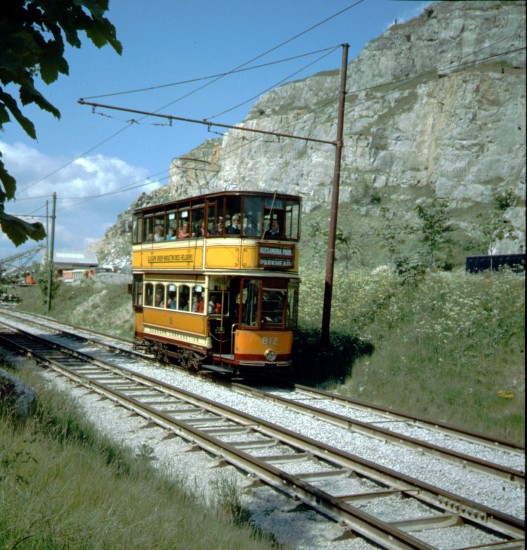