In Pictures: 275 makes it two EE trams in Edinburgh

We’ve already shown you pictures of Edinburgh Trams 267 is in its latest advert for EE’s 5G network and now it’s a case of seeing double on the streets of the Scottish capital as 275 has received an identical advert! Once again featuring the EE house colours of turquoise and yellow the advert debuted during mid-June and replaces standard fleet livery on this tram which had lost its C R Smith advert during May. 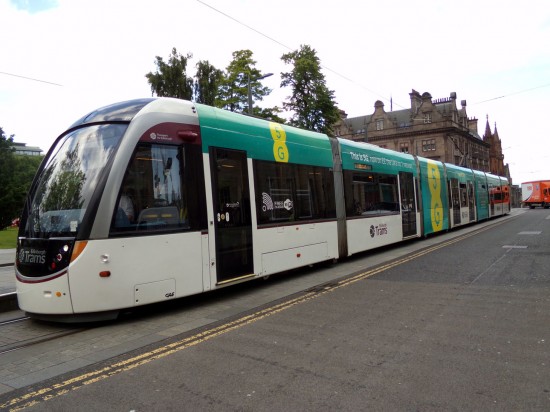 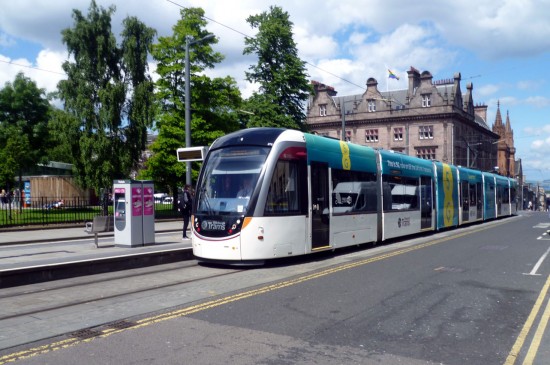 Another shot of the tram in its EE 5G advert at St Andrew Square. 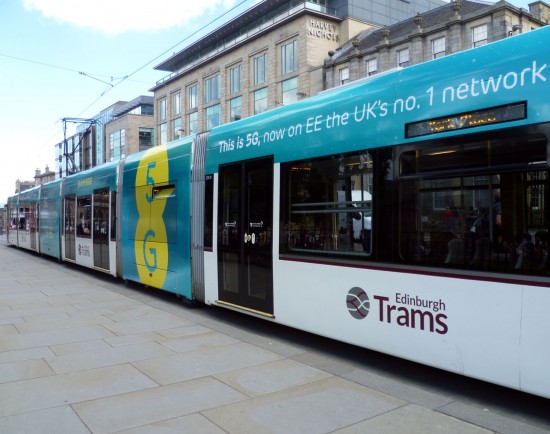 A view down the side of 275 showing a closer view of the adverts. 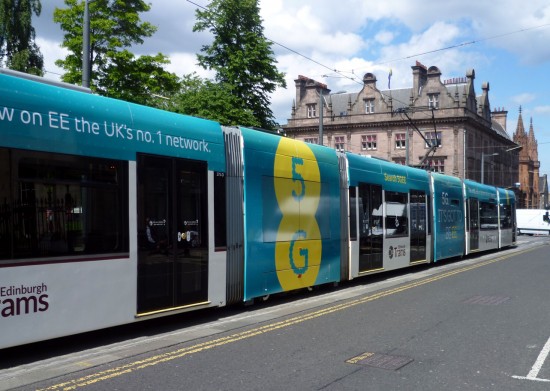