In Pictures: High above the West Midlands Metro

Posted on Monday 23 September 2019 by Gareth Prior

With the same trams, running on the same lines, year after year we are often looking for new ways to see and photograph the vehicles operating services on tramways in the British Isles and that is exactly what Roland Bull did on the very last day of May. In this short pictorial we take a look at some of the trams on the West Midlands Metro (as they looked at the time with livery changes very much in evidence since!) in the vicinity of the stop at St Chad’s including some views of the closed old terminus at Snow Hill. 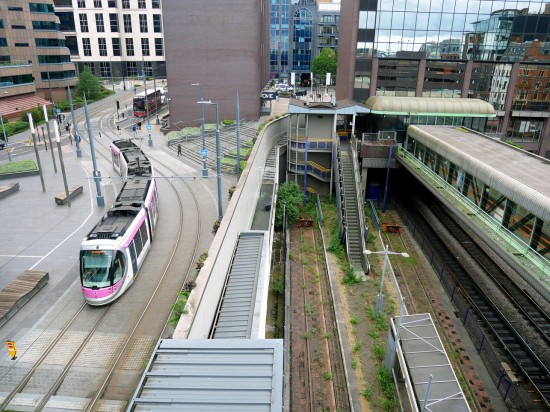 There is something a bit surreal seeing the abandoned terminus at Snow Hill. Still very much there but now unused and with a few more weeds than when it last welcomed a tram. Network Rail still have plans to remove this terminus to allow an extra track for trains to head through Snow Hill but this still seems some way off. Meanwhile, Urbos3 32 passes by on the replacement Metro tracks as it heads into Birmingham. 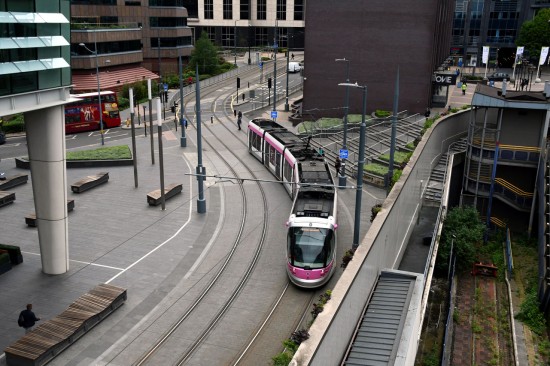 This time with the old terminus just seen on the right we feature 30 passing along the line between Bull Street and St Chad’s on its way to Wolverhampton St George’s. 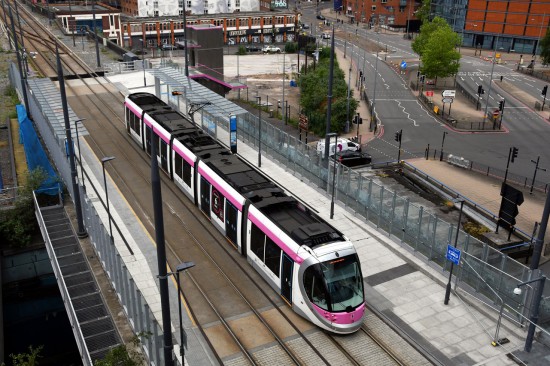 Another view from on high this time looking the other way towards the stop at St Chad’s. This shows 24 at the stop bound for Grand Central. (All Photographs by Roland Bull, 31st May 2019)