In Pictures: A Belgian resident in Suffolk

Posted on Monday 23 September 2019 by Gareth Prior

Think trams in Suffolk and you would probably immediately go East Anglia Transport Museum or the Ipswich Transport Museum. However, there is another tram in the area in Southwold on the site of a proposed new museum called Steamworks. It is a tramcar trailer from Charleroi and has been in the UK for a number of years since withdrawal in 1975.

No. 7 was rebuilt in 1950 and was then withdrawn in 1975 before heading to the UK. Along with three other trailers from the same system it was converted into hauled rolling stock on the County Donegal Railway and has also spent some time on the Cotswold Light Railway before moving to Southwold. The Southwold Railway Trust are seeking to restore the narrow gauge railway link between Halesworth and Southwold with a museum called Steamworks having been granted permission to start this ambitious plan. The ex-tram trailer will eventually be used on this line but for now is on display at Southwold. 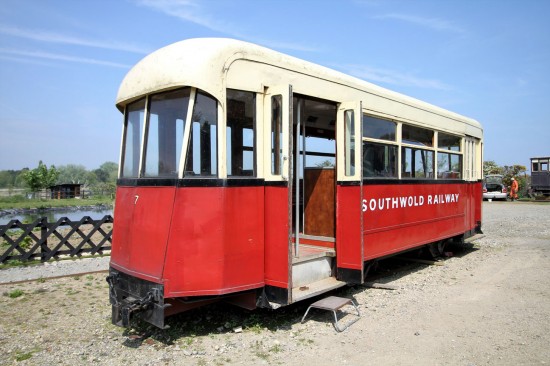 7 is seen in the sun with the Southwold Railway legend adding to the bodyside. 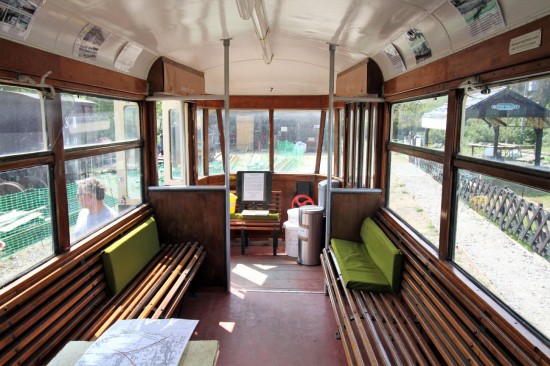 The interior of the trailer also includes photos of the restoration. 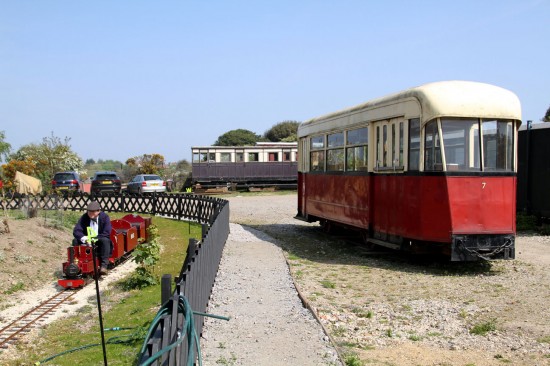 It may only be 3 foot gauge but the trailer dwarfs the miniature railway. In the background is a Manx Northern Railway carriage. 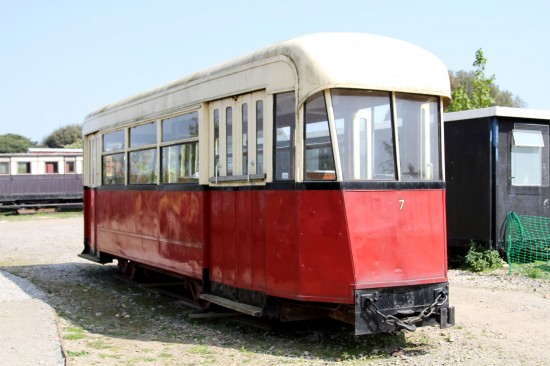