The start of four months of rail replacement work on the Stagecoach Supertram network got underway on Good Friday, 19th April, with the first stage seeing work concentrated in the Hillsborough area. With all trams on the Blue and Yellow routes terminating at Hillsborough throughout this phase of works – due to continue until 2nd June – and bus replacements in operation there was a large amount of congestion in the area; hopefully not a sign of thing to comes for the next six weeks. In this first of our pictorial updates on the rail replacement, Stuart Cooke shows us the first stages of the work. 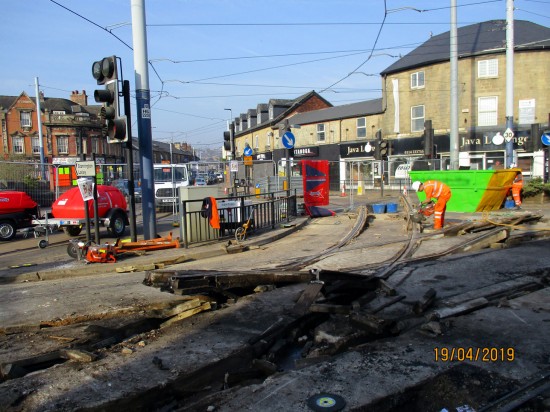 The first day of the work and this is the junction where the Blue route to Malin Bridge leaves the Yellow route to Middlewood. Good progress is already being made on removing the old tracks. 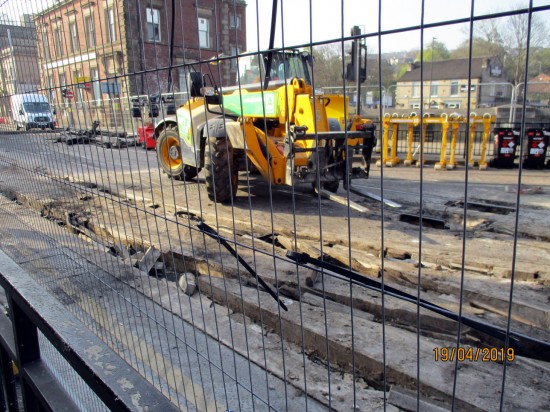 Little time was wasted in lifting the old tracks as seen here where the ducts where once there were rails there are now none! 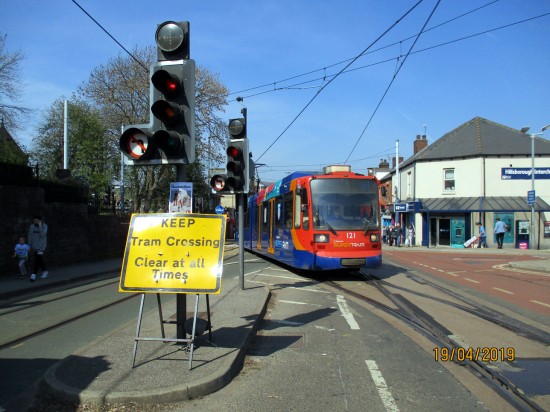 With trams terminating at Hillsborough the crossover is in regular use. 121 demonstrates for us. 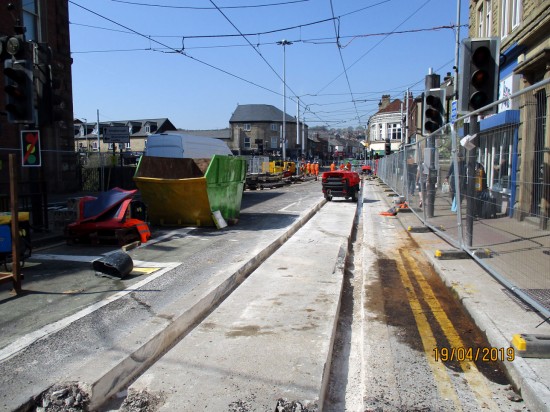 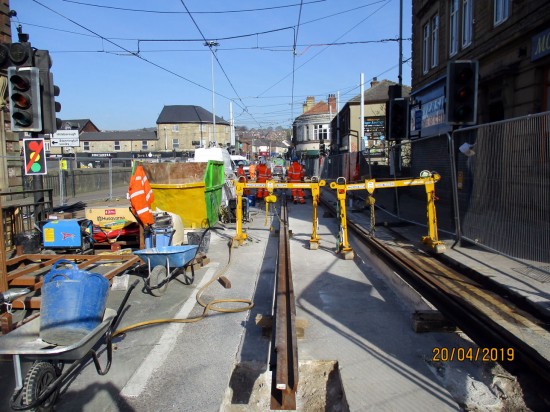 On Saturday 20th April and with old track gone new track gets prepared for installation. 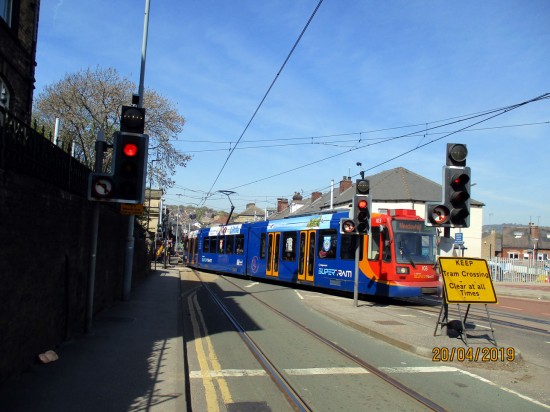 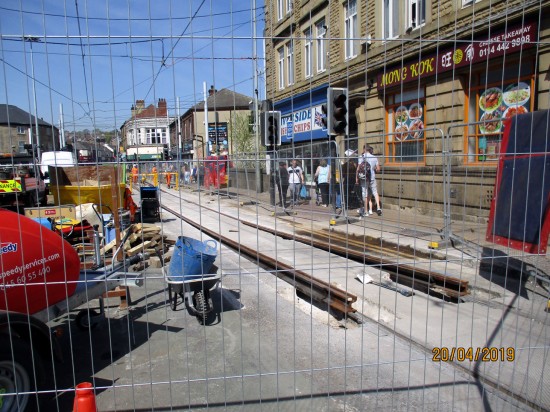 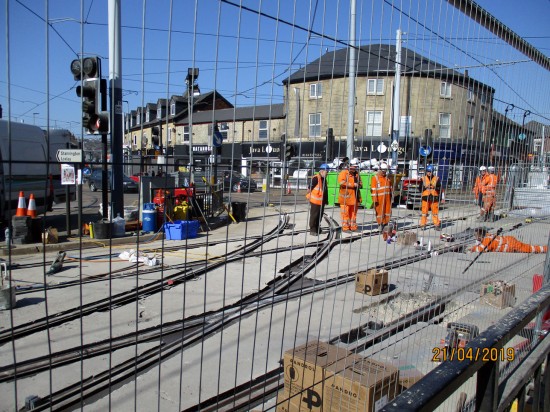 On Sunday 21st April and the junction now has new rails in place. (All Photographs by Stuart Cooke)

1 Response to In Pictures: 2019 rail replacement works start at Hillsborough