Posted on Sunday 23 September 2018 by Gareth Prior

On Saturday 24th October 2015 the last Midland Metro (as it was then called) services ran into the original Birmingham Snow Hill terminus with the city centre extension soon connected and trams finally running into the city centre. The closure of the stop would also allow a fourth platform to be used by national rail services through Snow Hill. Fast forward almost three years and what has changed at Snow Hill? Well, not a lot if these photos from Ken Jones are anything to go by! 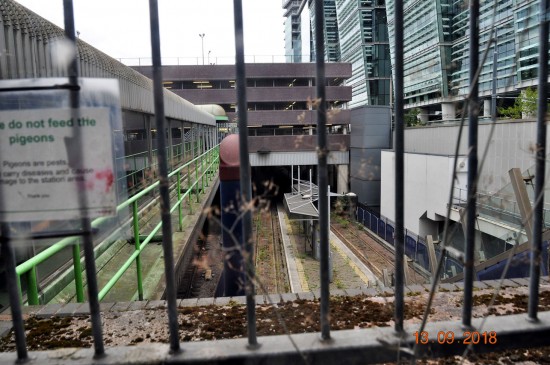 The tracks are still there, as is the shelter. This view is looking from the end of the line end of the stop. 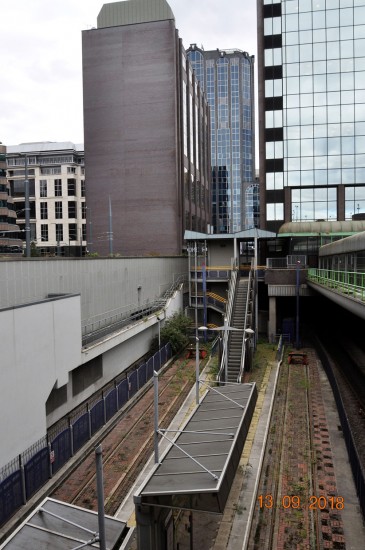 A look from the other end of the stop. There are more weeds than there were before closure and the wires have been removed but apart from that the stop is pretty much as it was on the last day in 2015. 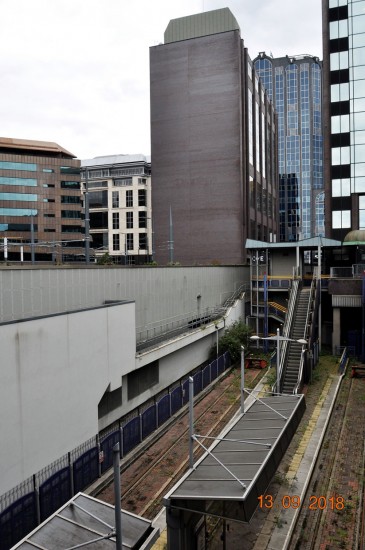 Another view. You can also see here that much of the stop signage is also still in situ. 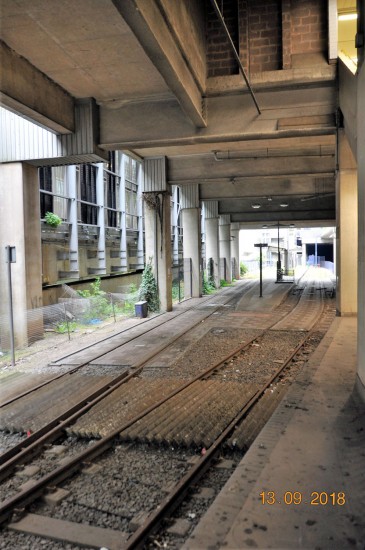 Looking along towards the stop. The track here also remains in place but has been severed behind the photographer as it was when the connection was put in between old and new. (All Photographs by Ken Jones, 13th September 2018)