In Pictures: A day of ups and downs in the Crich workshop

Posted on Saturday 2 May 2015 by Andrew Waddington

Saturday 2nd May might have been the first day of a new three day event at Crich Tramway Village entitled ‘Bands at Crich’, but arguably the most important events of this day actually took place in the workshop and the depot yard. On this date the overhaul of Liverpool 869 took a major step towards completion, whilst two other trams were lifted for attention.

As we reported recently, Liverpool 869‘s bogies have been fully re-assembled following the delivery of its new axles, and this has now allowed the car to be reunited with its bogies. On 2nd May, 869 was moved onto the depot track fan to allow Glasgow 22 and London Transport 1 to be shunted. The latter was then transferred onto track 2 in the workshop, where it was separated from its own bogies. This was quite an historic occasion, as it is thought to be the first time this tram has been lifted since it entered preservation, as until now it has only received paintwork attention. The car was then mounted on a temporary accommodation truck, allowing it to be returned to its more familiar spot at the rear of track 3, with its own bogies then being placed in front to await further examination. Liverpool 869 was then moved to the front of the same track where it will presumably receive further preparations ahead of an expected return to service later in the year.

The final task of the day saw Glasgow 22 transferred to the back of track 2, where it was then lifted off its truck. As we have mentioned previously 22 is not expected to run this year as it is well overdue for an overhaul, and this is now getting started, meaning that it should not be out of action for too long. All of this work was made a good deal easier by the electric jacks in the workshop, but nonetheless a huge amount was achieved in a single day – and most importantly, three trams have all taken a small step closer towards being returned to an operational condition. 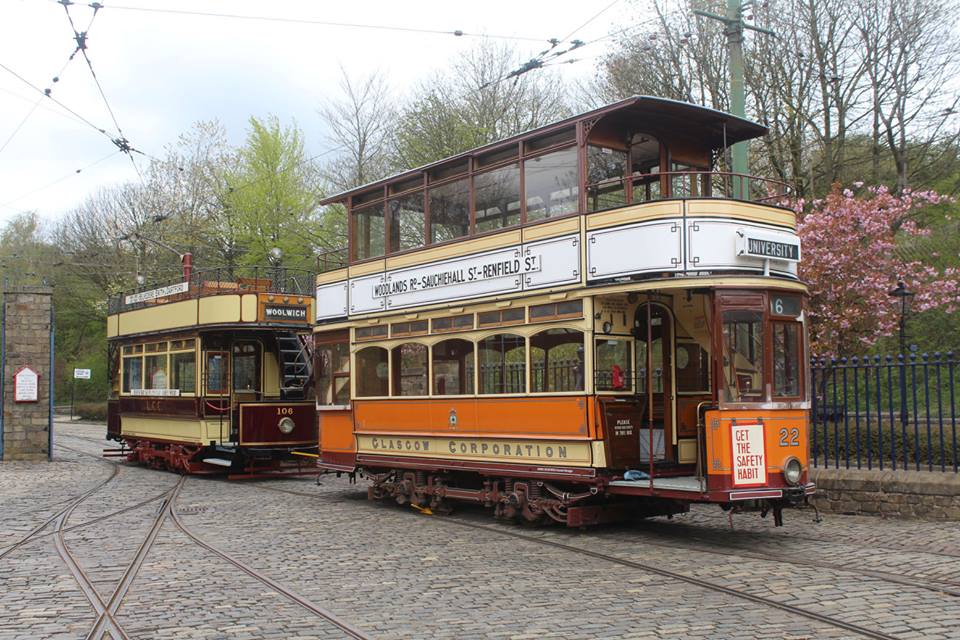 Recently restored LCC 106 is used to shunt Glasgow 22, already minus its lifeguards and a few other fittings, on May 2nd. 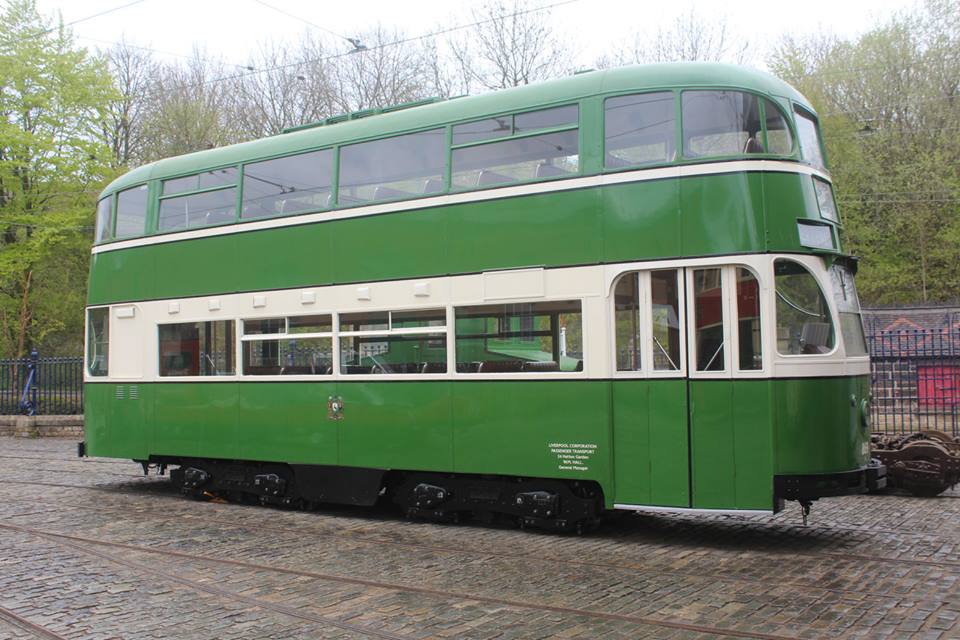 Liverpool 869 makes a fine sight in the depot yard, now back on its own bogies as its overhaul makes positive progress. 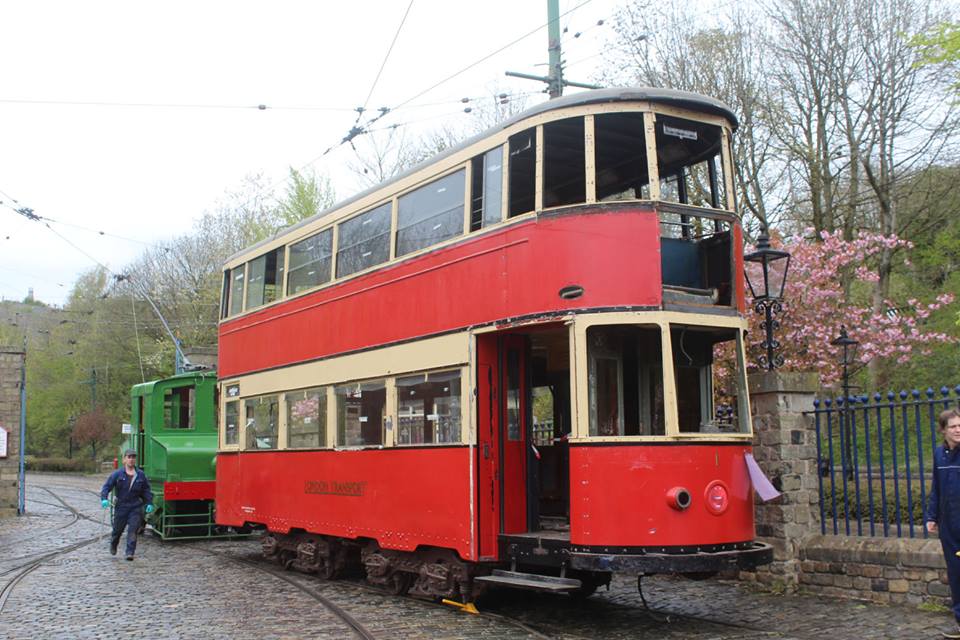 London Transport 1 is now looking rather sorry for itself as dismantling of the car gets underway. Here it is seen being moved across the depot yard by the Blackpool electric locomotive. 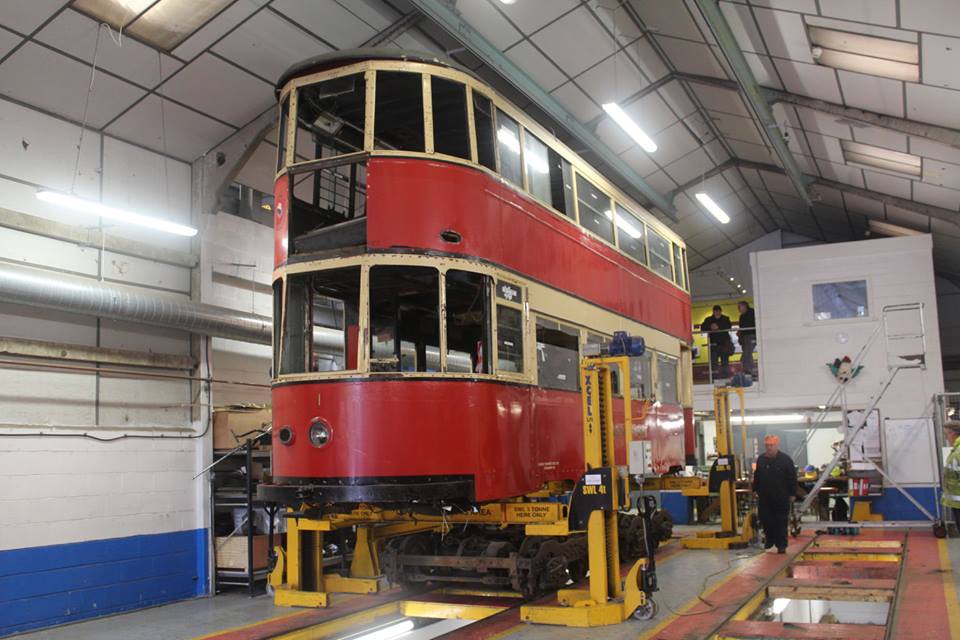 London 1 takes off, as the tram is seen being raised on the tram jacks. 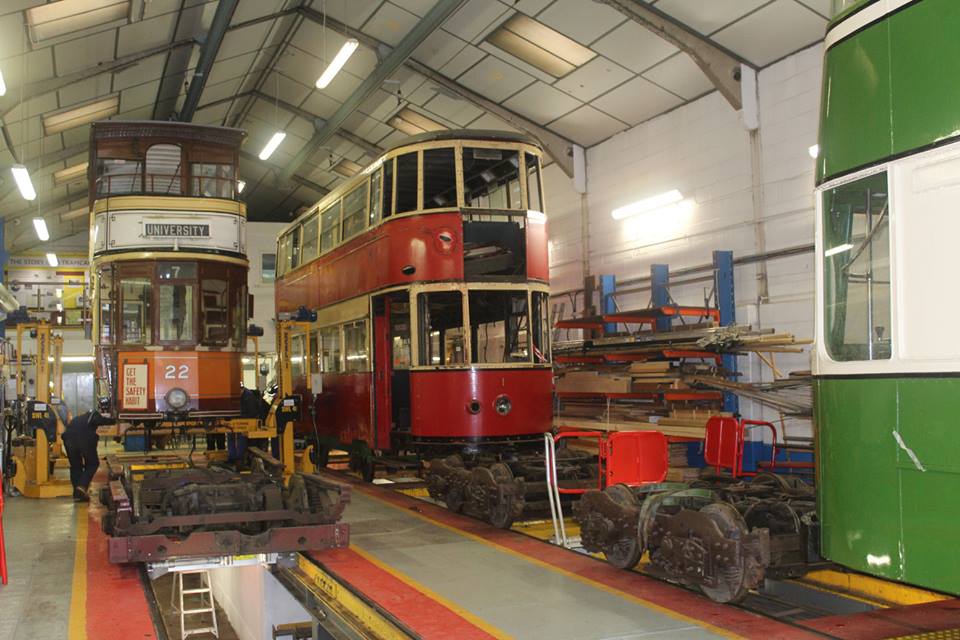 The end of the day and London 1 is now resting on a temporary truck whilst alongside, Glasgow 22 has been lifted. (Photos x 5 by Peter Whiteley)