Posted on Sunday 3 May 2015 by Andrew Waddington

Two more members of Blackpool’s modern Flexity2 class have recently received new advertisements, although unlike the recent treatment of car 016 these are merely side panel banner adverts rather than full vinyl wraps. Both cars 005 and 013 now feature advertising for ‘Stayblackpool.com’ on one side only, whilst retaining their previous adverts on the opposite side.

005 already had different adverts on each side after receiving new slogans for the NHS memory loss campaign last year. Now, the remaining slogans for the Big Blue Hotel have been replaced by the new design for a website which promotes holiday accommodation in the resort. These are in the usual position, along the roof side and on the lower panelling of the centre section. The same adverts have also been applied to sister car 013 which retains its adverts for Ripley’s Believe It Or Not on the other side, meaning that this is now the last remaining trace of any adverts associated with the Pleasure Beach left on the tram fleet. Although it has often been suggested that the theme park may invest in an all-over advert on a Flexity, so far this hasn’t materialised and it now seems increasingly likely that the tramway’s top advertiser may soon be without a tram to its name. 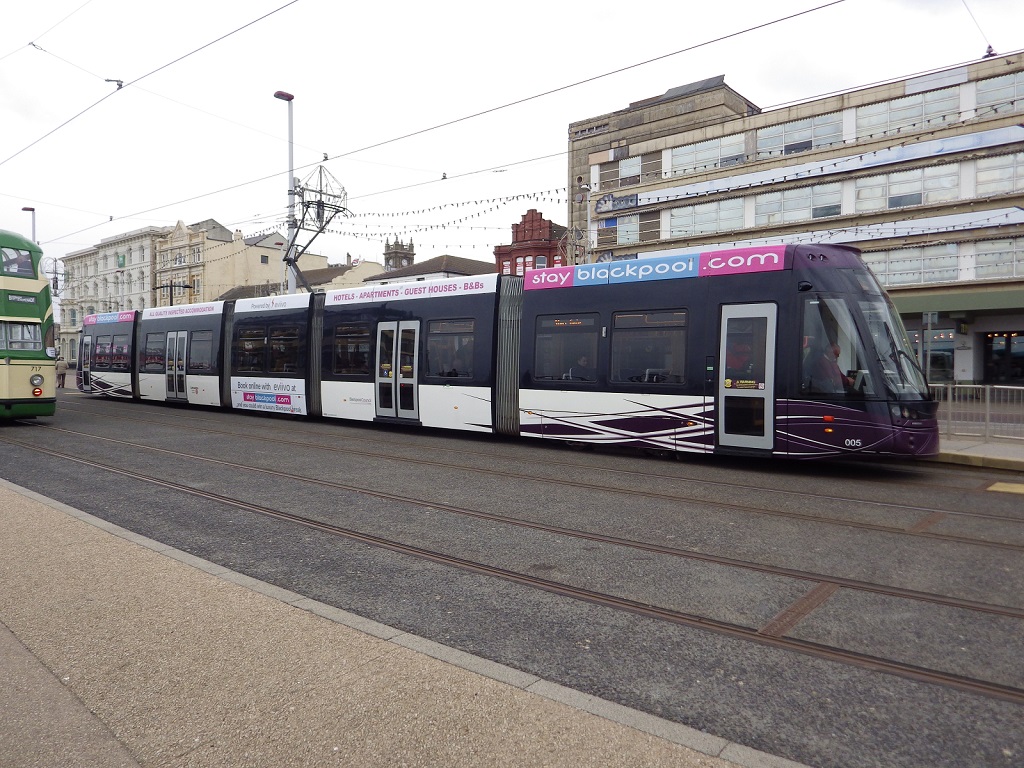 005 shows off its new adverts for Stayblackpool.com as it passes through North Pier on May 2nd. (Photo by Paul Derrick)