T69 01 takes off from Birmingham

Posted on Monday 13 October 2014 by Gareth Prior

As widely expected the start of a new week has seen another T69 leave Midland Metro property with the very first of the trams departing from Wednesbury Depot. 01 left shortly after 1320 on Monday 13th October with the destination, once again, being Long Marston for secure storage.

01 is another of the trams which has spent a long period of time out of service and had been stored at the depot alongside 02, which left last week, for a number of years. The tram used to carry the name Sir Frank Whittle now carried on the side of 04. There are now four T69s at Long Marston (13 and 14 being the others) and Centro are currently retaining the vehicles for possible use on proposed Metro extensions in the Black Country.

It is expected that the crew from Allely’s will be back in the West Midlands tomorrow to collect another tram with potential candidates being 03, 07 and 15 – all of which have also been withdrawn from service. 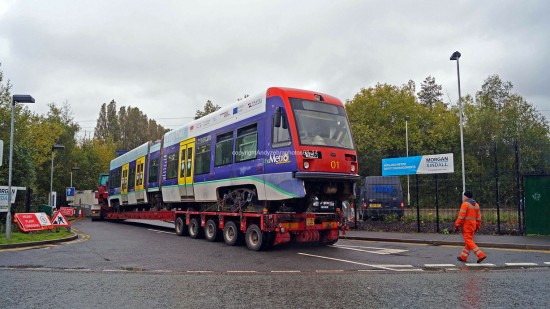 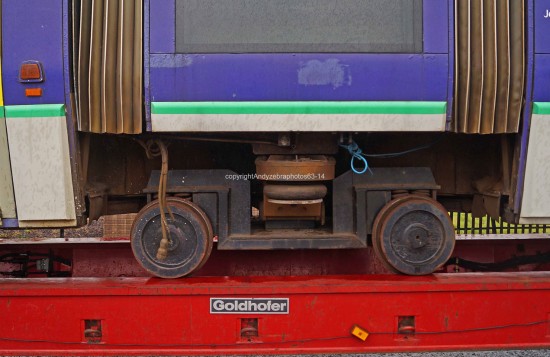 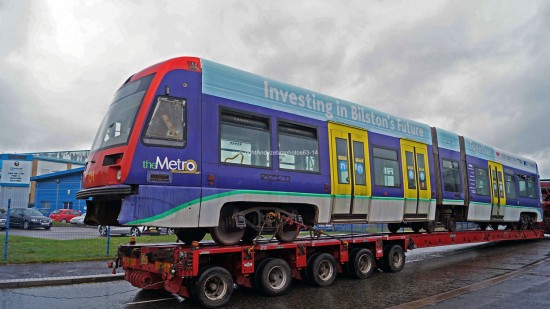 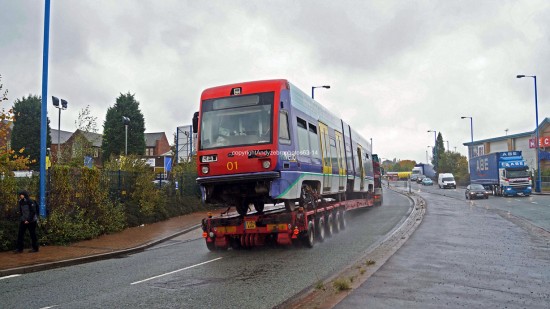 01 says goodbye to the West Midlands as it departs Wednesbury Depot on 13th October. 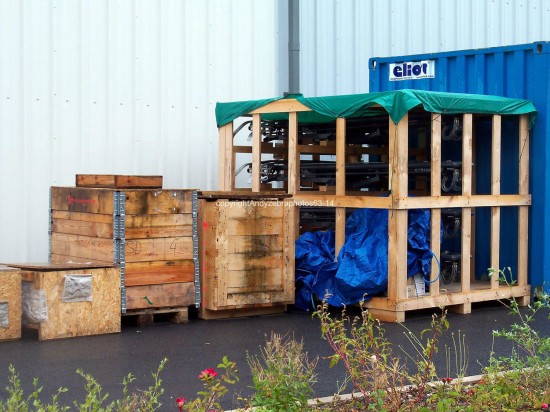 The depot has also received a delivery of spares for the Urbos 3 trams including a number of pantographs as seen here. (All Photos: Andy Walters)

One Response to T69 01 takes off from Birmingham