Yesterday we brought you the news that the new Nottingham Express Transit Citadis trams were due to start daytime testing imminently. In that same news story we reported that 13 of the class had been delivered to Wilkinson Street so far but it would appear that unfortunately NET don’t seem to be able to count as the 14th delivery has snuck into Nottingham recently! Number 229 was first spotted at the depot on Friday 18th April but it is not known the exact date of when it arrived in Nottingham. It’s just as well that NET seem better at operating a tram service than they do at counting up to 14! 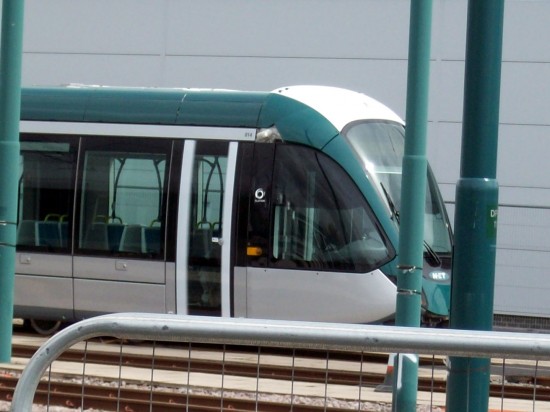 229 stands in the yard at Wilkinson Street on 26th April - the 14th Citadis tram to be delivered to Nottingham. (Photo: David Beardsell)