In Pictures: Metrolink T68 1004 gets ready for departure

The next Manchester Metrolink T68 to head to Rotherham for scrapping will be 1004 with the vehicle now loaded upon an Allelys low loader at Trafford Depot awaiting departure. It is expected that the LRV – which will become the fourth to go to South Yorkshire for scrapping – will depart Manchester either late on Sunday or early on Monday as Booths are unable to accept the delivery until Monday. For the time being it is on the back of a low loader within the depot confines as these photos provided by Steve Kemp show. 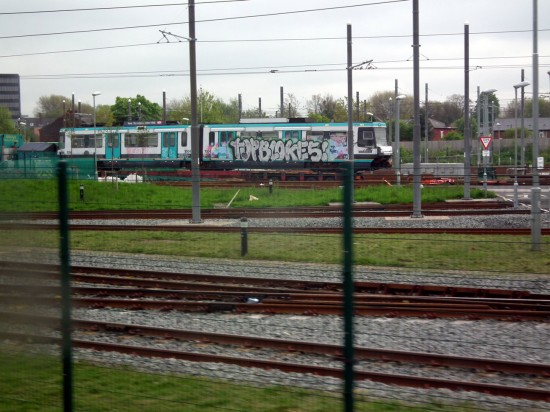 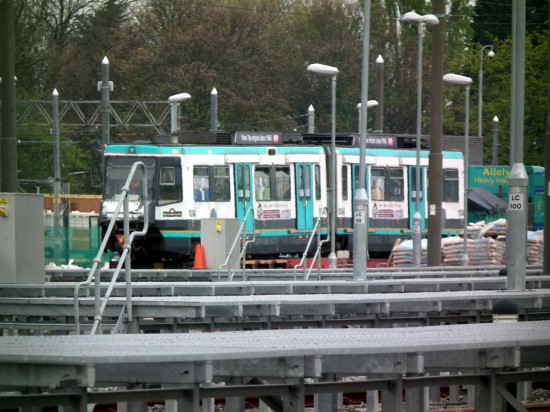 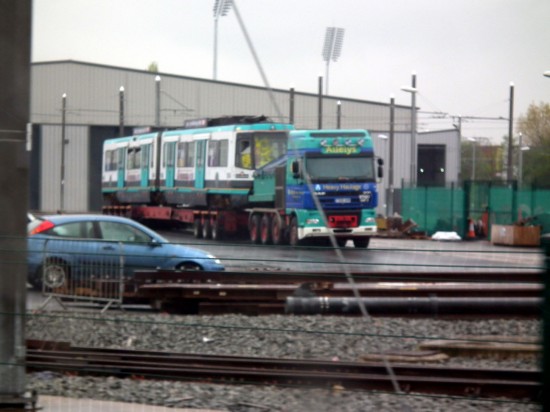 1004 waits on the back of a low loader for departure from Manchester for one last time. (All Photos: Steve Kemp)

3 Responses to In Pictures: Metrolink T68 1004 gets ready for departure