Posted on Wednesday 9 October 2013 by Gareth Prior

Tuesday 8th October saw, as planned, the first test run of a tram as far as Edinburgh Park on the Scottish capital’s tram system due to open in May next year. Tram 267 was the vehicle chosen to perform the honours and on its first slow speed journey was accompanied by numerous staff to check clearances on the route. We are grateful to John Hampton for providing us with the following images showing the first days testing. 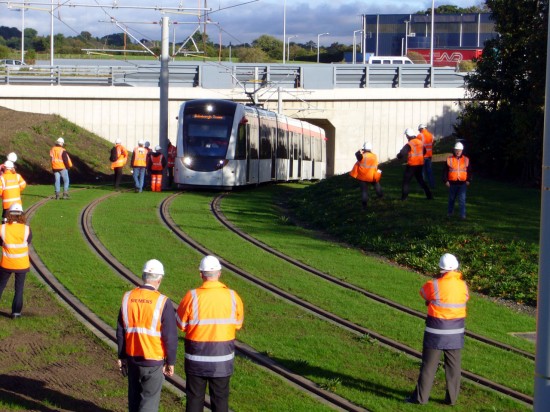 267 emerges from the A8 underpass at the Gyle Shopping Centre in the first view. A large number of staff are on hand to make sure that everything is in order on this first test run. 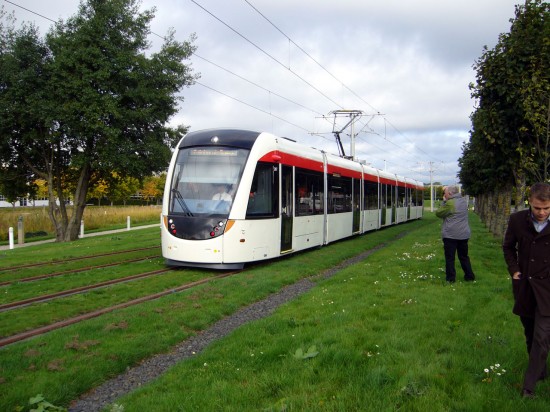 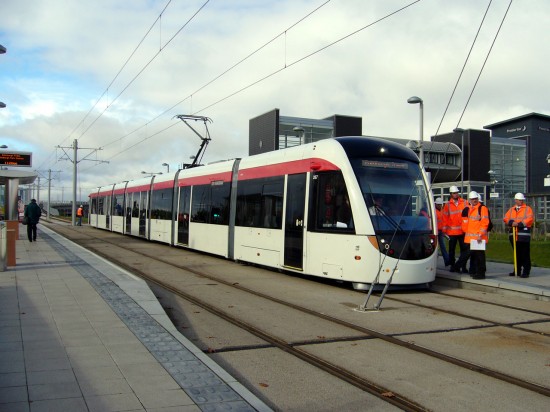 267 stands at Edinburgh Park having completed the first test run on this section of tramway. The tests were considered a success and are due to continue. (All photos: John Hampton)