The laying of rails connecting the present Lakeside terminus of the Heaton Park Tramway to the new tram depot is continuing to make impressive progress. Members of the volunteer track gang are currently working on site up to four times per week, making a concerted effort to ensure that trams can be safely accommodated inside the new building in time for next month’s ‘Autumn Gala’ event.

Each work day seems to see the track stretch ever further beyond the terminus reached in 2011 when the line was last extended. A recent delivery of lightweight sleepers for use inside the depot itself has assisted further, and some of the track stored at the old Lakeside terminus has now been moved to the work area, ready to be laid in position. A very short section of track has even been placed within the depot; it is expected that this will be extended in the event of inclement weather preventing major outside works, otherwise this will continue once the first line leading into the building is finished.

Structural work on the actual depot has slowed down of late, but is now largely complete. However, breezeblocks need to be added to the base of the building to effectively seal it off and ensure that unwanted visitors cannot gain access to its contents. It is understood that trams will not be moved in until this task is undertaken for security reasons, and so it is hoped that this task will progress quite soon.

A small railed trolley has been created to make the task of moving heavy rails to the work site easier, and this is also being used to move equipment between the tramway’s two depots as required. The trolley has been designed so that it can be pushed and pulled by a tram, although for short journeys manpower is an option! Work has also commenced on preparing Blackpool works car 752 for use to assist with the current works. Although its external condition leaves a lot to be desired following two years of outside storage at Bury, the tram is still able to move under its own power and may be used on a limited basis to help the track gang. The protective boarding over the windscreens at each end have already been removed to aid shunting of the car.

The accompanying photos were supplied by Joe Savage and the Heaton Park track gang, and were taken on Sunday 6th and Tuesday 8th October. 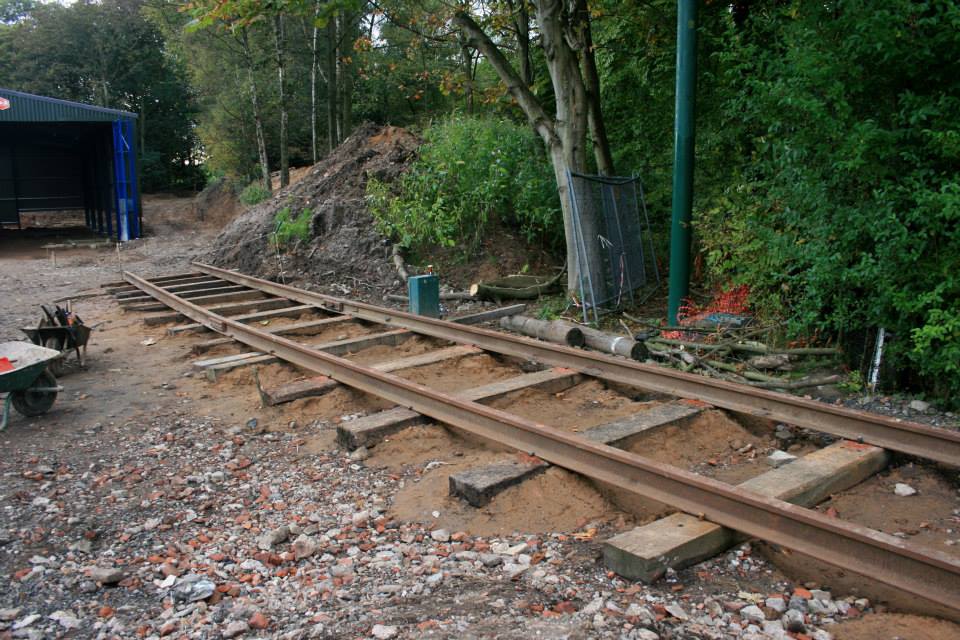 A close look at some of the newly laid rails which will form the start of depot road 3, seen on October 6th. 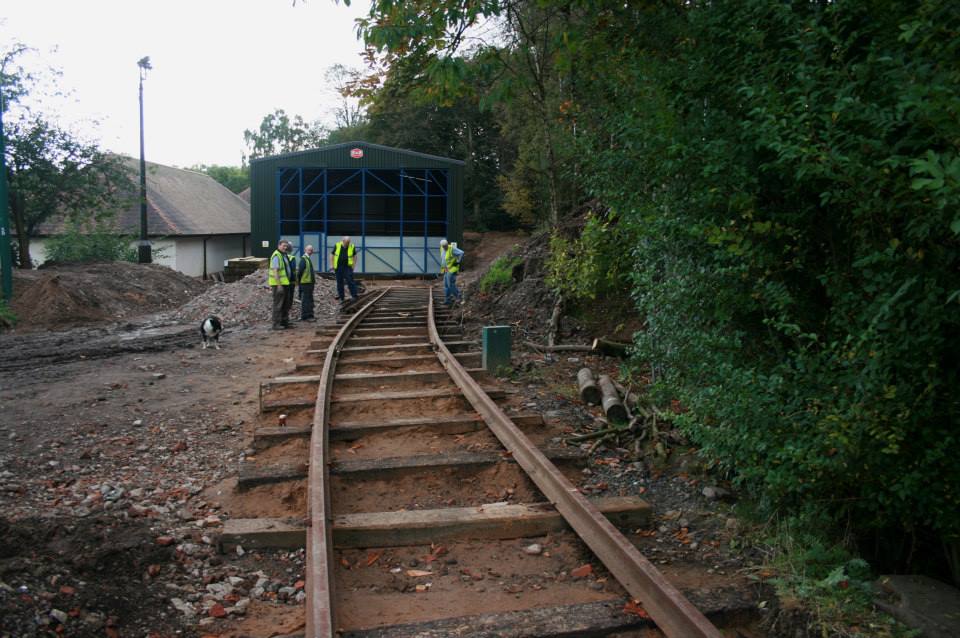 Another more recent view of the current extremity of the new extension, showing how it is rapidly drawing closer to the depot complex. 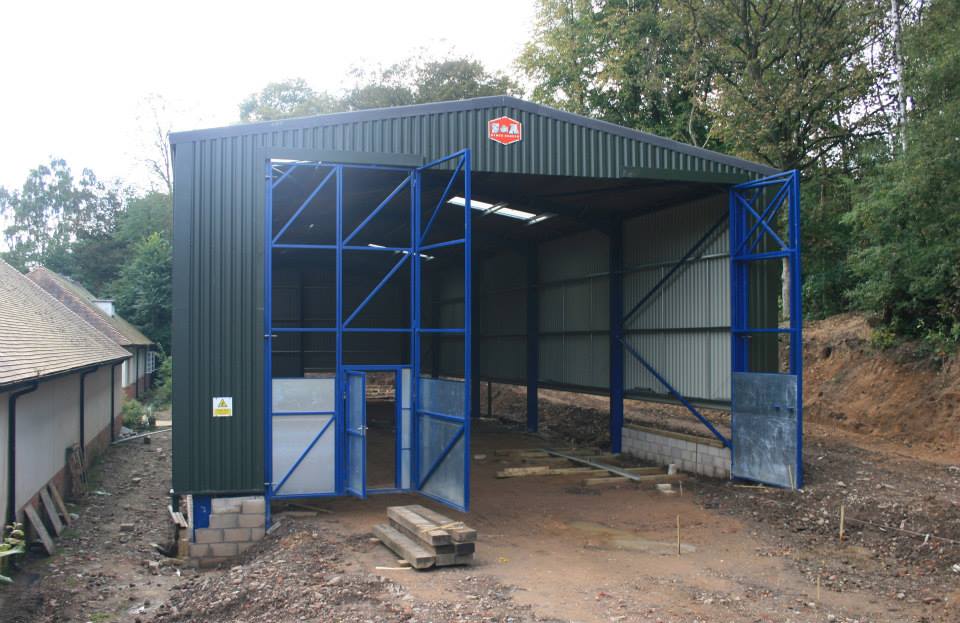 This view of the new Lakeside Depot clearly shows the impressive progress made on the building itself, with the first rails also visible inside. 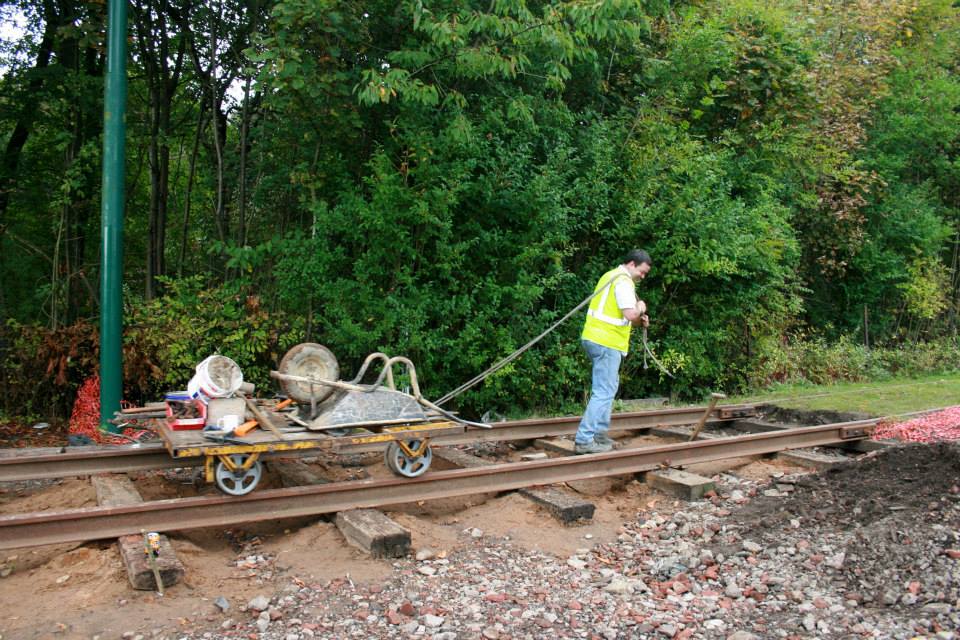 At the end of another busy work party, the workers' tools are taken back to the old tram depot for safe storage using the trolley described above.