As previously reported on British Trams Online Midland Metro have become the latest transport undertaking in the UK to go all retro with the painting of 11 in a representation of Birmingham Corporation Tramways livery. The tram was officially launched at Birmingham Snow Hill on Friday 23rd August with Theresa Stewart, who the tram is named after, on hand to do the honours.

The tram has been repainted to mark the 60th anniversary of the closure of Birmingham’s original tram system and follows on from Stagecoach Supertram in painting one of their vehicles in an old tram livery. This becomes only the second livery that 11 has carried since it was introduced in 1999.

We are grateful to those who have sent photos to us of the tram which are provided below. In addition you can find extra photos from Midland Metro driver Pete Buckingham on Flickr at http://www.flickr.com/photos/hunterxf382/sets/72157635103428770/ which includes some shots of the tram during the repainting. 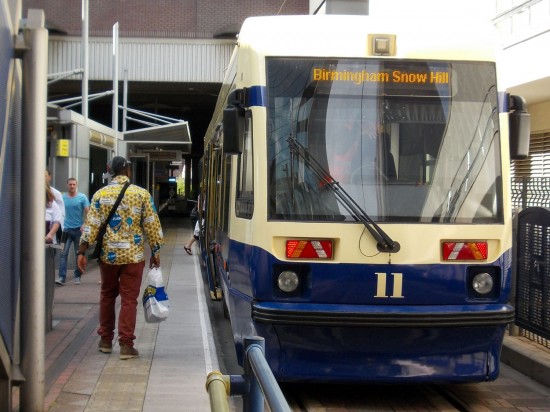 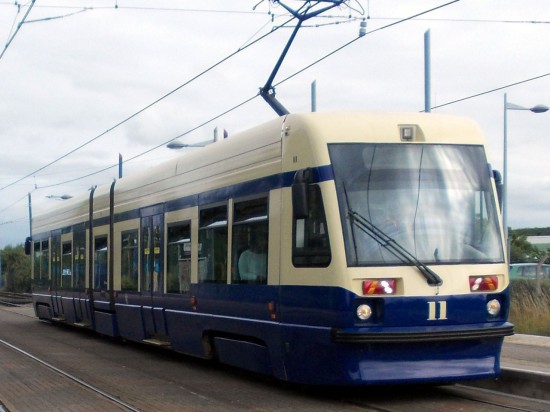 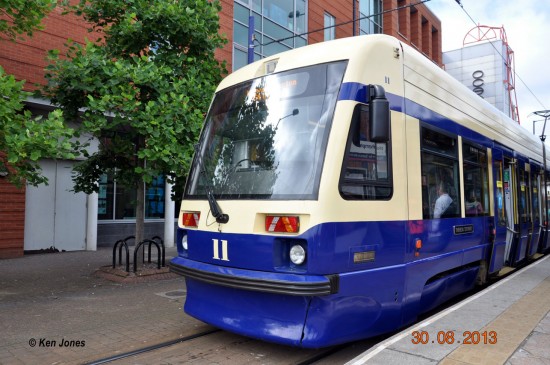 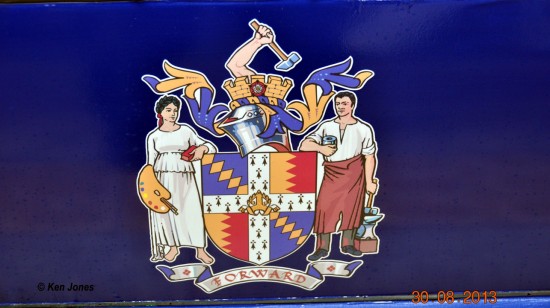 A close-up of the Birmingham Corporation Transport crest on the side of 11. (Photo: Ken Jones)