Today’s edition of “Around the World in Trams” again takes us to Stockholm as we feature a motor and trailer combination.

Both of the trams seen in this image – which was again taken on 23rd July 2010 – have featured in this series over the past few weeks but this time we see them together across the water. As we can see from this image 335 is a motor with its large diamond pantograph dominating its roof with 521 being a trailer. The trailer has a central entrance for passengers. Both of these trams are in the standard blue and white livery. Whilst the trailer remains in Stockholm today, 335 departed Stockholm in 2018 to move to Malmkoping. 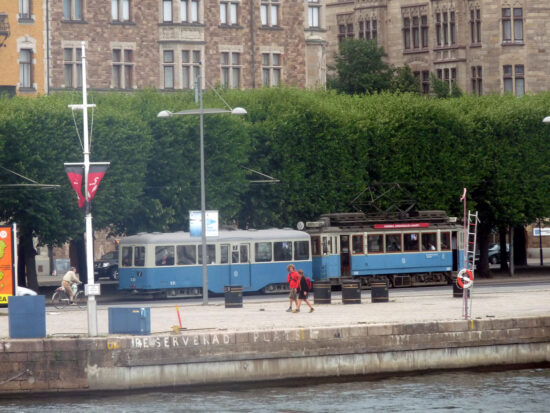