In Pictures: Rush Hour on the Railways – Isle of Man Easter 2022

Having had to take a break since 2019 due to global events the long Easter weekend saw the triumphant return of the Isle of Man’s Rush Hour on the Railways. As with all transport events on the Isle of Man it featured what you would expect – lots of photo opportunities, parallel runs, intensive timetables and behind the scenes tours. Whilst the Steam Railway did feature in the events the bulk of what happened seemed to be on the Manx Electric Railway as this review shows us.

The whole weekend got underway with the perennial favourite – a parallel run between Derby Castle and Groudle. Originally due to be Winter Saloons 20 and 22 they were replaced by original motors 1 and 2 – not bad replacements really are they?! The pair left Derby Castle at 0900 and then returned south in number order before both entered service for the rest of the day.

A key milestone was also the reopening of the seaside line between Ramsey and Belle Vue for the first time since 2019 after the completion of repairs. 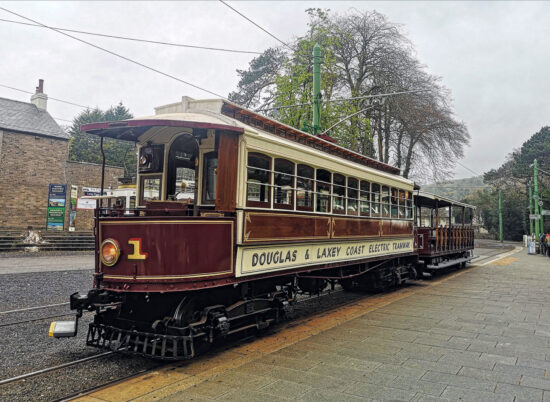 1+51 sit in Laxey Station. 1 has just returned to service in this Douglas & Laxey Coast Electric Tramway livery after being repainted over the winter. 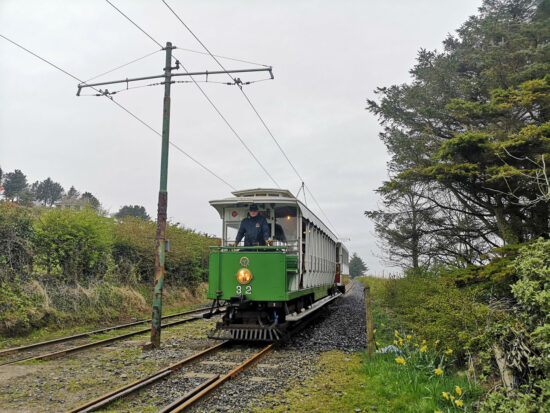 It looks a little bleak but the green and white liveried 32 (along with trailer 57) brightens things up.

There was the chance to visitors to see behind the scenes at Laxey Car Sheds which included views of Trailer 50 currently undergoing restoration. Also on show were Freight Trailer 26 and Car 34. Works car 34 is stored at the moment awaiting repairs which will take place later in 2022.

Another standard four set service ran with 6+54, 7+59, 21+46 and 2+47 all in action. The Motorman Tasters were in the wheels of Winter Saloon 19 which also ran a special from Laxey to Derby Castle after these duties ended. 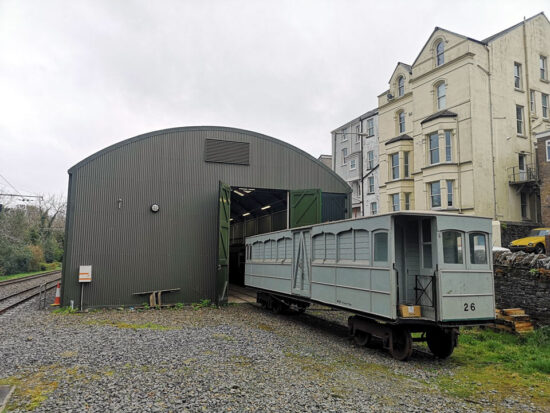 Freight Trailer 26 on displayed outside Laxey Car Sheds in a rare appearance in the open. 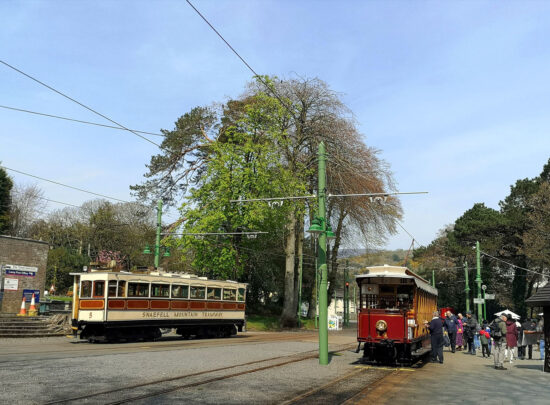 Ratchet Car 14 waits at Laxey with Snaefell Mountain Railway 5 on the opposite side of the station. 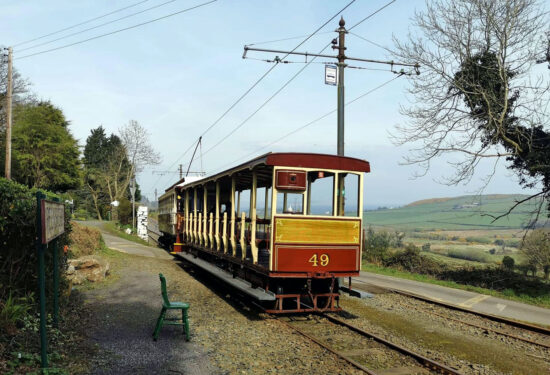 Trailer 49 brings up the rear of a service with 1 heading through Dreemskerry.

The highlight of the final day were the Derby Castle Shed Tours. Participants were allowed around both sheds as well as the newly refurbished MER museum. 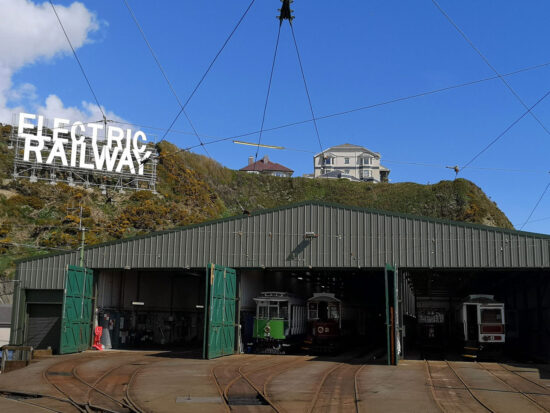