A previously unofficial crossing used by both pedestrians and cyclists close to the Edinburgh Park Station tramstop has become official after work to install all the associated safety features was completed during November.

The crossing – just to the city side of Edinburgh Park Station – gives better access to Edinburgh Park railway station underpass from nearly Cutlins Rosd under the railway station and has long been used with this work now trying to make it safer for all users. The crossing is not far from the stop – which has it own crossing just at the end of the platforms but despite this proximity pedestrians were frequently using this way to cross the tracks and so it was decided to ensure safety it would become fully official. 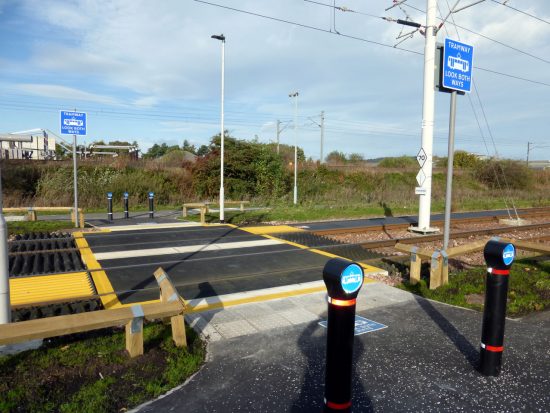 A view of the new crossing with the rubber resin surface plus cattle grids and rubber bumps to prevent anyone easily heading onto the tramway. Warnings of the impending tramway are also given on bollards and on the ground. 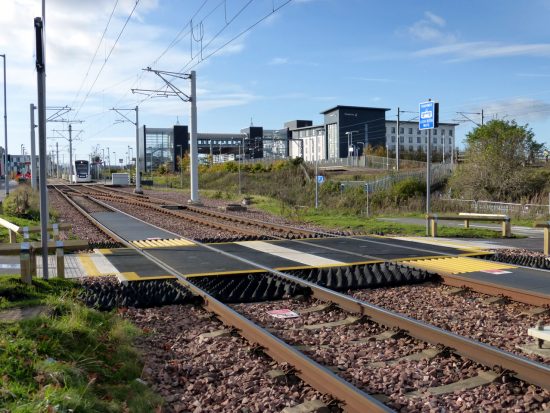 258 stands at Edinburgh Park Station showing the proximity of this crossing to the stop. A further crossing is located some 100 metres behind the photographer. (Both Photographs by John Hampton)