In Pictures: Poles go up at Wilko’s

Posted on Tuesday 9 November 2021 by Gareth Prior

The excellent progress which we have seen over the past couple of weeks on construction works in connection with the Blackpool Tramway extension along Talbot Road to a new terminus at Blackpool North Railway Station has been continuing with attention now turning towards the installation of overhead poles on the former Wilko’s site.

As we saw last week, the Wilko’s site had seen a significant amount of concreting completed surrounding the already installed rails whilst further back along Talbot Road all span wires had been put up by the overhead contractors along with the ears in preparation for the full installation of the overhead wire. Although we had then expected the main overhead to be put up as far as the entrance to the old Wilko’s site, instead attention has been turned towards the erection of overhead poles within the worksite – with daytime working taking place to put these up. 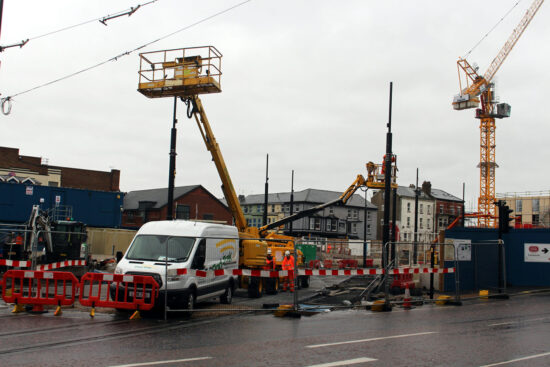 With the cherry pickers which have been in and out of Blackpool several times during this work back this view looks into the Wilko’s site where the first overhead poles are being put up. 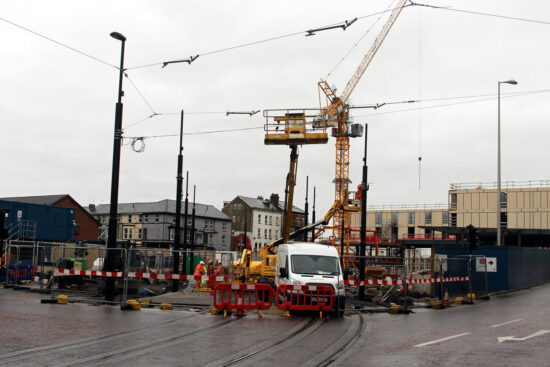 Another look into the site with work ongoing to put the poles up. The large yellow crane is involved in the hotel construction. 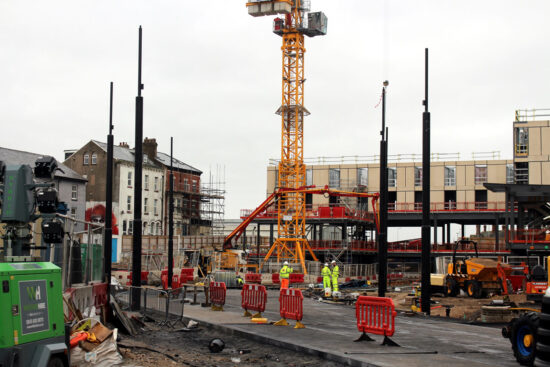 And here we see a view of the newly installed poles in place. 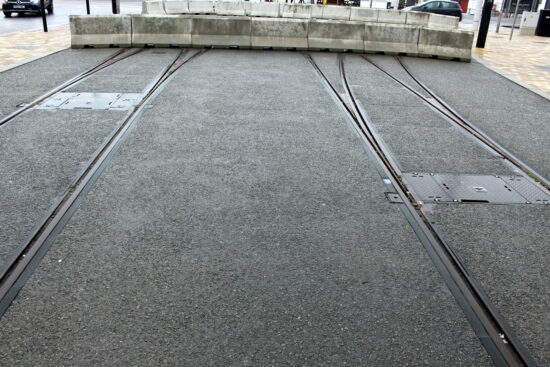 Meanwhile, down at Talbot Square and both of the points are currently open. (All Photographs by Tony Armitage, 9th November 2021)