Posted on Monday 1 November 2021 by Gareth Prior

Its time to take another look of a tram along with a bus as “Trams &” returns for another edition.

This time we are in South London with this image taken at East Croydon on the London Tramlink network. The three platform layout at the tramstop is seen to good effect here as 2539 gets ready to depart from the stop with a service which is heading for West Croydon according to the destination display although in reality will not terminate as it just goes round the central Croydon loop before it returns to New Addington.

On the adjacent road we see the familiar sight of a red London bus. This one is a Wright Gemini 2 which is operated by Arriva with their fleet number of DW 314. Its seen here running on route 194, also to West Croydon, which will have started back at Lower Sydenham. The date is 21st September 2021. 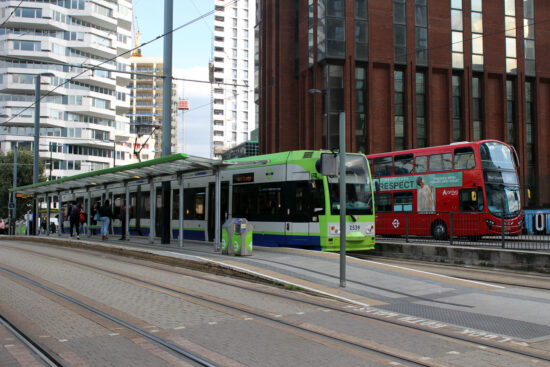