Posted on Tuesday 12 October 2021 by Gareth Prior

As the project to relay the tracks along Bull Street and Corporation Street along with the installation of the new junction to the Birmingham Eastside extension continues to come to a close we take another look at recent progress. More tarmac has gone down surrounding the newly laid track as the project reaches the finishing stage.

As a reminder trams from Bull Street to Library were suspended from 24th July to allow this work to take place. It’s a two-fold project with the main purpose being the installation of a new junction to the forthcoming Birmingham Eastside extension – a delta junction to allow trams to head onto the new line from both the direction of Corporation Street and Bull Street – with the chance also being taken to relay the tracks along the lower section of Bull Street and onto Corporation Street leading into Stephenson Street and the Grand Central stop.

When the closure was announced it was said that trams would be able to resume beyond Bull Street to the current Birmingham Westside extension terminus at Library at some point during October. There is still no exact date announced for this reopening but with the final tarmac surface now going down hopefully it won’t be too long before services resume. The new junction, however, will not be used for sometime yet with the Eastside extension still to be built, and no date set for that yet due to the ongoing HS2 works.

Its hoped that once the line to Library reopens it won’t be too long before trams start to be tested on the remainder of the Westside extension to Hagley Road in Edgbaston which is slated to open before the year ends. 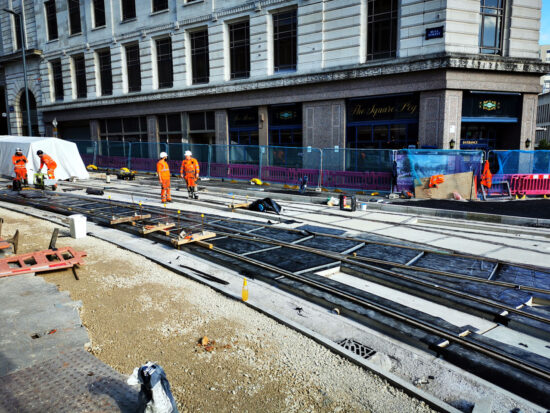 This first photo is taken where the track turns from Bull Street to Corporation Street on the current line as well as now heading onto the extension straight on. With track down, the concrete sections are protected by plastic sheeting so the tarmac does not mark these areas. 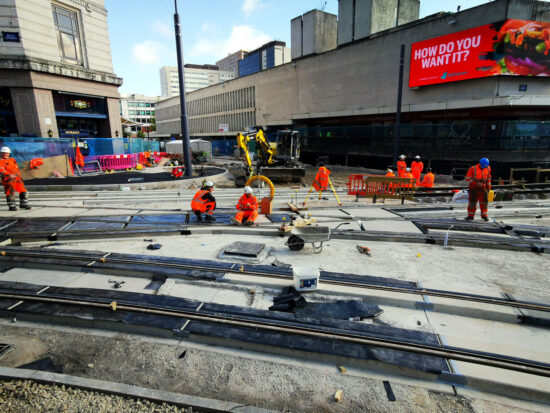 Another view of the delta junction with track down and waiting for tarmac. 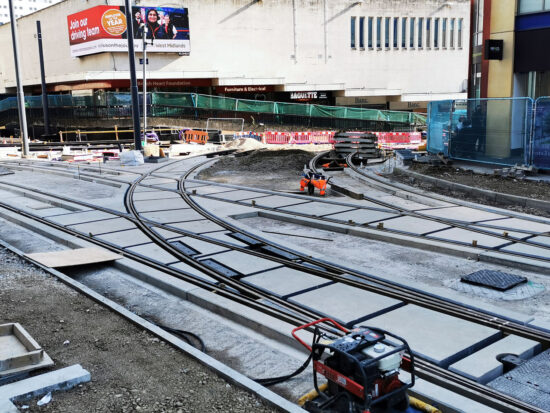 The junction from the direction of Corporation Street. 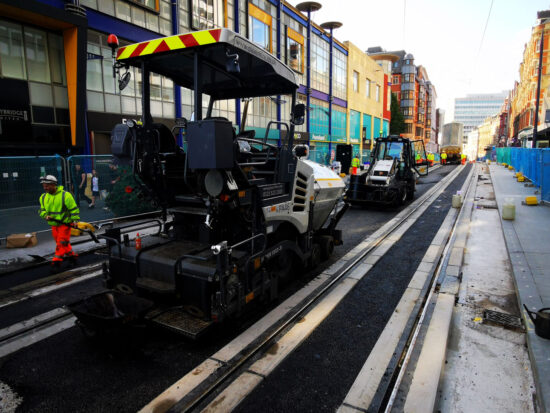 On Corporation Street where the tarmac has gone down and is now being rolled flat. 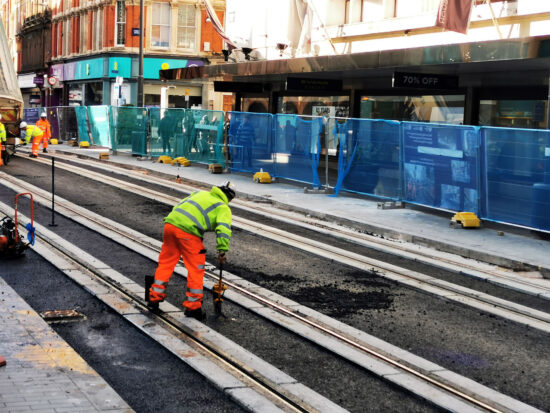 Tarmac had reached outside House of Fraser along Corporation Street as we see in this shot. Further work will be required here. 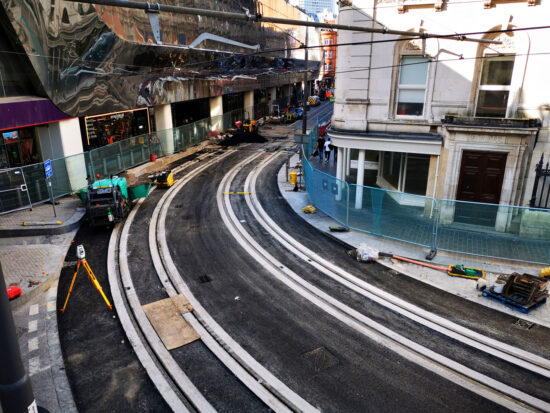 Tarmac down on the approach to the stop at Grand Central. 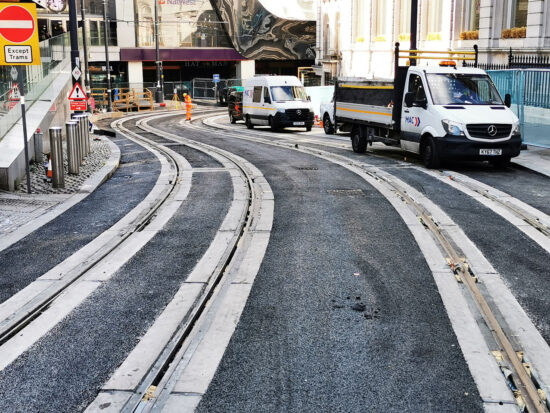 Ground level just before Grand Central as we take another look at the newly laid track surrounded by tarmac. 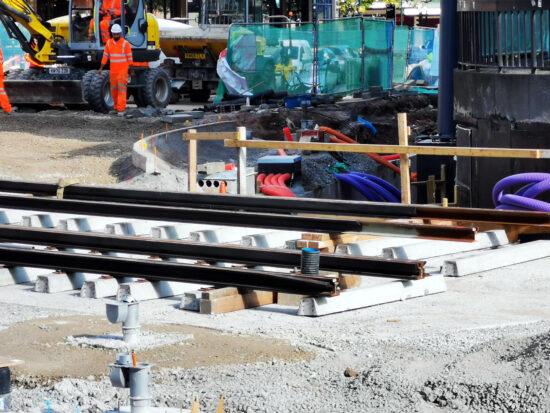 The end of the tracks at the delta junction for now. Eventually there will be more track as the Eastside extension is completed through to Deritend. (Photographs x8 by Andy Walters, 10th October 2021) 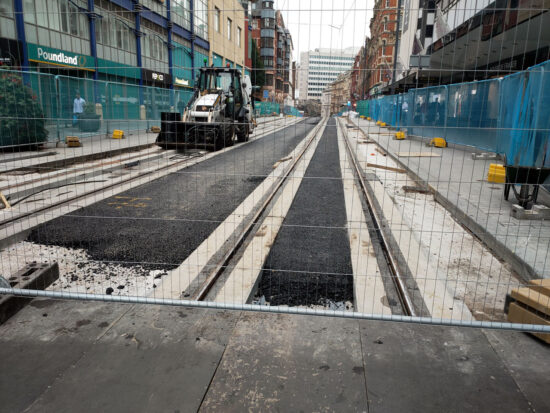 Tarmac down on Corporation Street outside Poundland and the House of Fraser. More tarmac is still to go down here. (Photograph by Mark Cufflin, 10th October 2021) 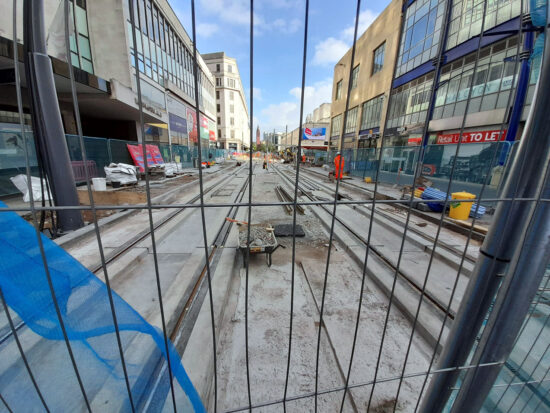 The other side of the temporary pedestrian crossing and work is at an earlier stage with tarmacking still to be started. (Photograph by Dan Noon, 9th October 2021)

1 Response to In Pictures: Tarmacking continues in Birmingham City Centre