Posted on Friday 8 October 2021 by Gareth Prior

In this edition of “Picture in Time” we are again featuring Dublin’s Luas tram system with another couple of images of one of the Alstom built trams.

The Luas system has an extensive fleet of Citadis trams built by Alstom in France with several different sub-classes existing. The tram we see in two images below is one of the Citadis 401 trams which were built between 2003 and 2004, originally as three section vehicles before they were extended with an additional two sections in the period between 2007 and 2008. By the time we catch-up with the tram on 15th July 2007 4003 had already received the extra sections.

In this first photo we see 4003 at St Stephen’s Green. One of the original termini on the Green line it would remain so for over 10 years after this photo was taken as it wasn’t until the cross city line up to Broombridge was built that through services would commence. 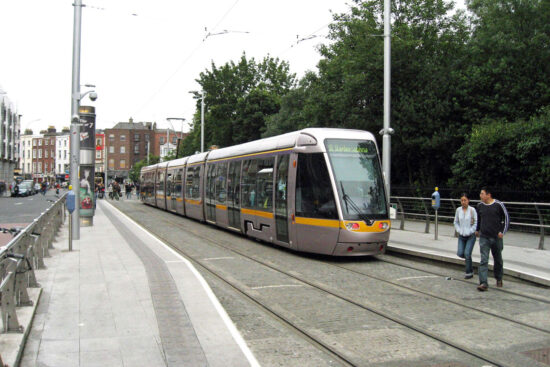 And a second shot of 4003 on the same date and at the same place as passengers board for its next journey. 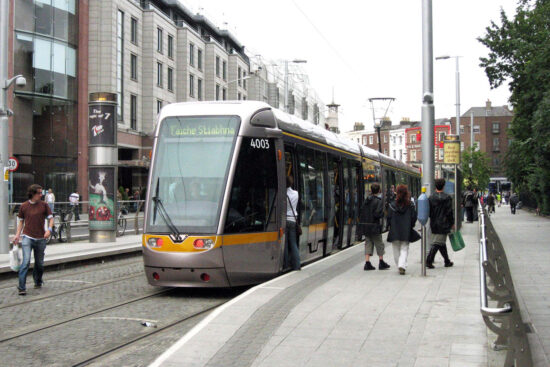