Posted on Wednesday 12 June 2013 by Gareth Prior

We’ve gone all Welsh on you tonight on British Trams Online! Another tramway which doesn’t often feature on these pages – mainly because it normally just operates with very little incident – is the unique Great Orme Tramway in Llandudno. Running in two sections between the town of Llandudno and the summit of the Great Orme the tramway is the only cable hauled tramway still operating on British public roads.

The Great Orme Tramway has been operating since 31 July 1902 although the first passengers were not carried until 8 July 1903. There are four trams in the fleet with numbers 4 and 5 operating the lower section and 6 and 7 the upper section. Trams run every 20 minutes from late March to early October each year between 1000 and 1800 each day (during March and October services end an hour earlier at 1700).

Photos provided by Ken Walker on a fine June day show the Great Orme Tramway at its best. 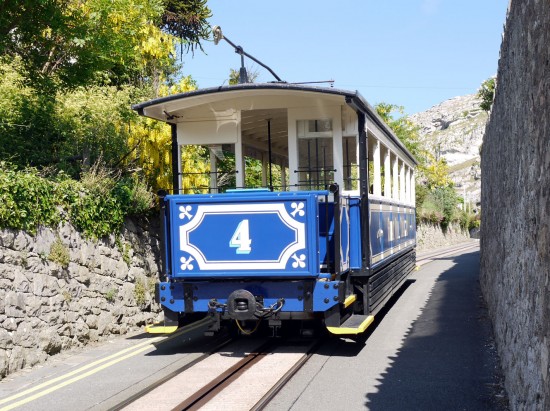 Number 4 - named St Tudno - is caught on the Old Road. 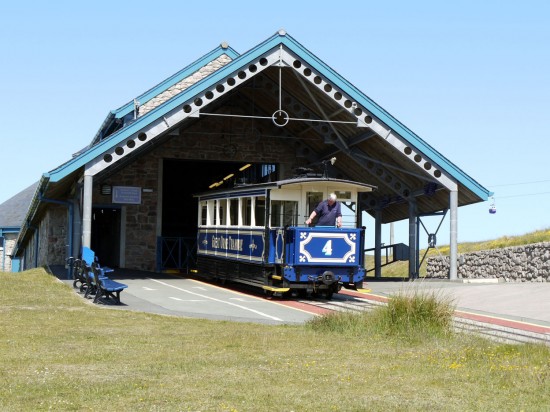 4 again, this time as it departs Halfway Station where passengers have to change trams to continue their journey. 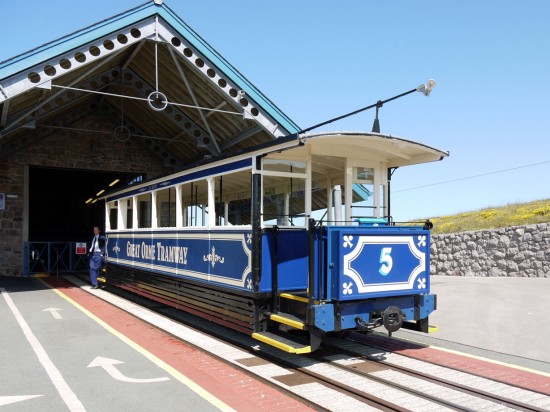 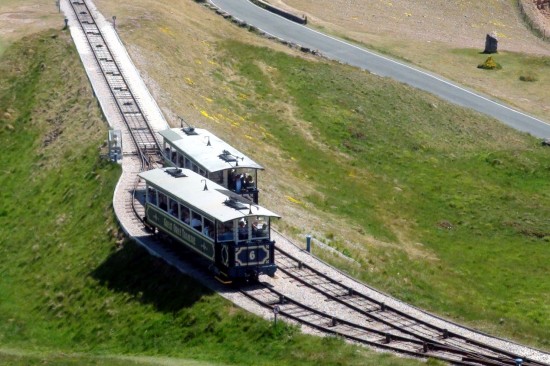 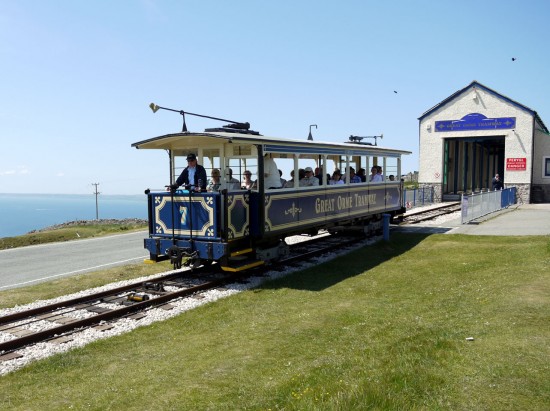 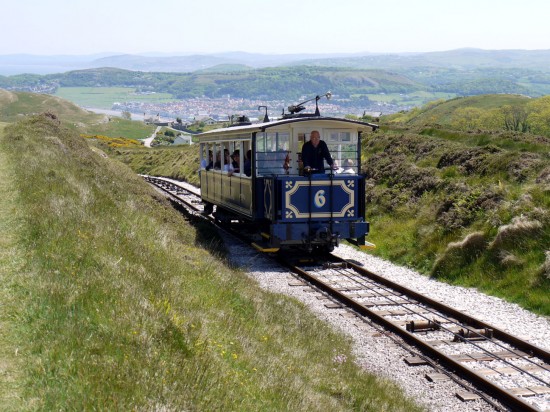 6 climbs towards the Summit with Llandudno visible below. (All photos: Ken Walker)

This entry was posted in Great Orme Tramway. Bookmark the permalink.

One Response to In Pictures: Great Orme Tramway