Its been a great week for the Heaton Park Tramway as quickly following on from the news they have been Queen’s Award for Voluntary Service they are now back running again for the first time in 2021 – and the first normal operation since the pandemic began. On Saturday 5th June to mark the occasion Pete Waterman was on hand to officially open the tramway which will now be operating at weekends for the foreseeable future.

The first day of service saw two trams in passenger action with the stunningly restored Stockport 5 in action alongside Blackpool 623 while Hull 96 was in use on Taster Tram Driving Experiences. Things got underway shortly before midday when Pete Waterman made a speech to officially reopen the tramway before a special VIP tram service took place ahead of normal services running.

As you expect in these Covid times things aren’t quite 100% normal yet with services starting and ending at Lakeside and all passengers having to alight there to allow for the sanitising of the trams before the next service runs. All fares have to be paid using card with cash not currently being accepted on the trams. 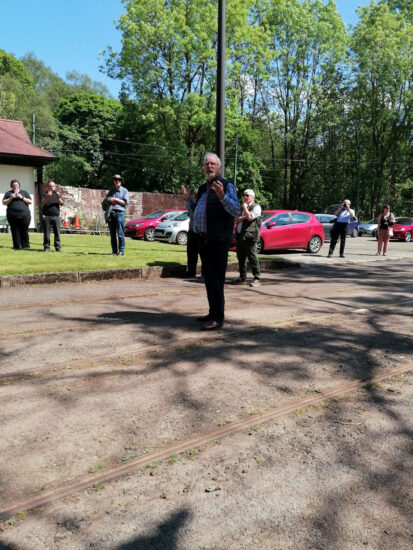 Pete Waterman gives a speech to officially open the tramway. 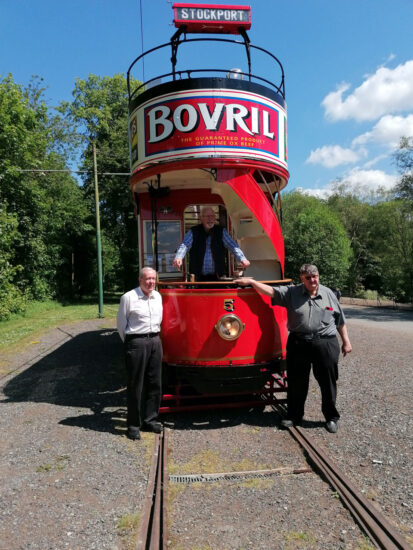 Pete Waterman at the handles of Stockport 5 as the tramway is officially opened. 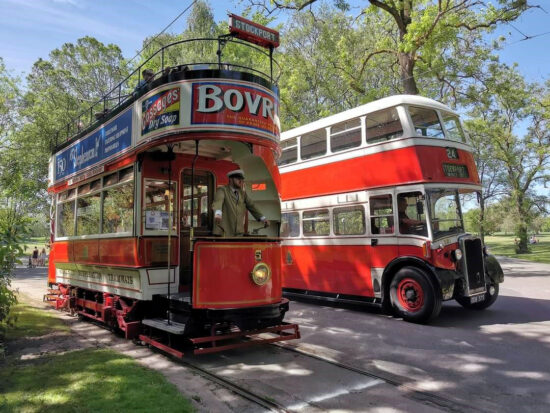 Stockport 5 alongside Stockport bus 321 – a Crossley DD42/7 on the opening day. 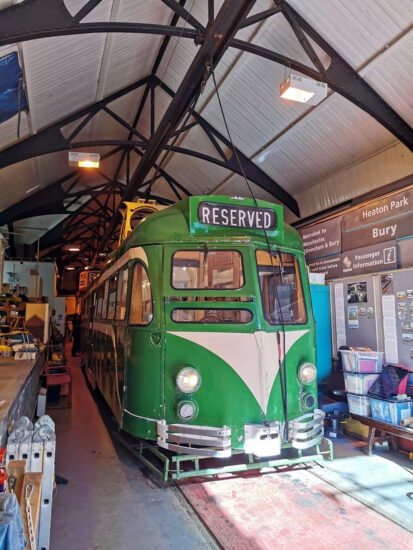 Blackpool 623 inside Middleton Road Depot with Stockport 5 just visible behind. Note the various Metrolink memorabilia on the wall to the right. 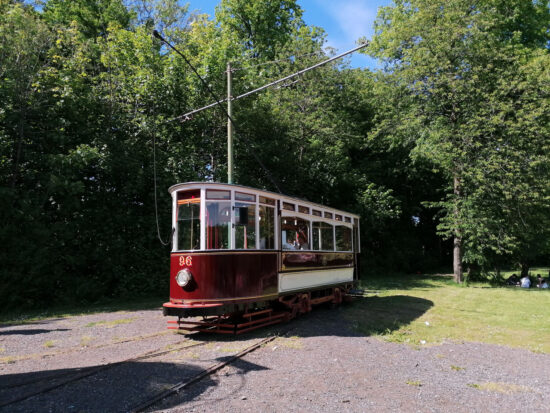 Hull 96 was also out and about being used for the Taster Tram Driving Experiences seen here at Lakeside. 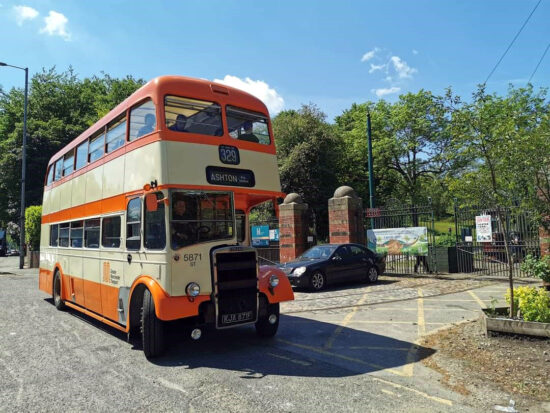 Another bus with Stockport connections also made an appearance – this is Leyland Titan PD3 5871 outside the Middleton Road gates. (All Photographs by Martin Bryan, 5th June 2021)