Whatever Happened To? Midland Metro 12

In this edition of “Whatever Happened To?” we take a look at another of the original trams which operated on the Midland Metro when it first opened in 1999 – the T69s.

With the T69s being built in Italy they were delivered via road, ferry and road to the Midland Metro depot at Wednesbury and today’s example – 12 – arrived there on 16th October 1998, some ten days since the previous example had been delivered. Entering service in 1999 the tram would retain the original fleet livery throughout its operating career in the West Midlands. Its time in service would come to an end in January 2015 and was then stored in the yard at the depot.

It would remain in situ until 23rd March 2016 when it would be one of two trams (04 the other) to be moved for further storage at Long Marston. It would then be sold by e-auction in early 2018 and was moved for scrapping in Rotherham later that year. 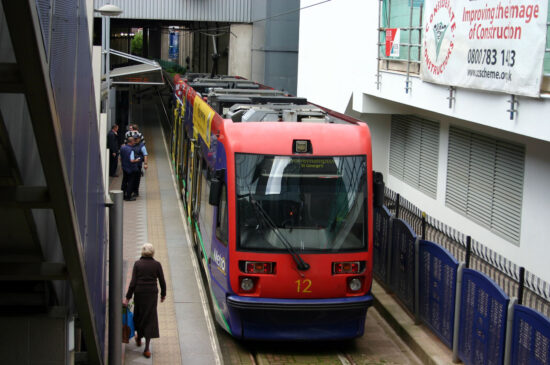 On 5th June 2008 we see 12 sitting at Birmingham Snow Hill terminus waiting out time before departing back to Wolverhampton St George’s. (Photograph by Gareth Prior) 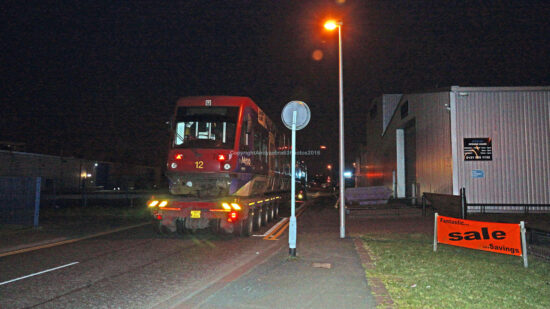 12 made a rare after dark departure when it headed to Long Marston on 23rd March 2016. It is seen here on the back of the low loader shortly after 1900 as it makes its final journey away from Wednesbury Depot. (Photograph by Andy Walters)