Posted on Wednesday 13 January 2021 by Gareth Prior

This latest edition of “Still Standing!” is again heading to London as we feature Bow Depot.

This depot was a relatively latecomer being opened by the London County Council Tramways  on 25th June 1908 to house electric trams from the off. With London Transport coming into being it moved into their control on 1st July 1933 with trams continuing to operate from it until 5th November 1939. Trolleybuses used the building until 18th August 1959 after which it has been solely the bases for buses. 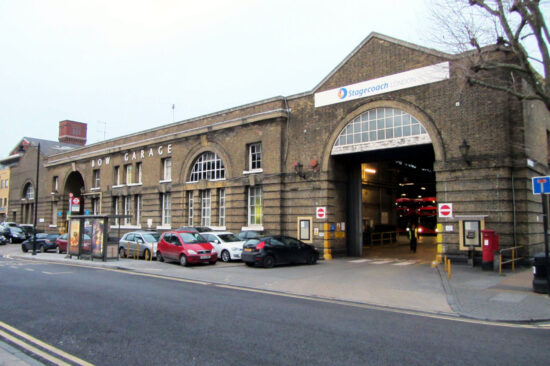 In this photo we see the building – being used by Stagecoach – on 16th February 2017. (Photograph by Bob Hodges)