In Pictures: Lightopia at Heaton Park

There’s always something magical about trams running after dark, even more so when there are special lighting effects and it’s a fairly rare occurrence. For the second year in a row Manchester’s Heaton Park Tramway has supported the Lightopia Festival which has taken place in the park during December and into early January with a special after dark system running on Fridays, Saturdays and Sundays.

The service has been mainly operated by local trams Stockport 5 and Manchester 765 although Blackpool 623 was also used on one evening to allow 5 to receive some maintenance. The service during Lightopia was the first running for the tramway since the first lockdown came in March (except for the afternoon of 5’s launch earlier in December) and also allowed the Stockport car to return to action for the first time since 2013. The Stockport car has recently completed an overhaul and it now looks as good as new again ready to serve the tramway for many years to come. 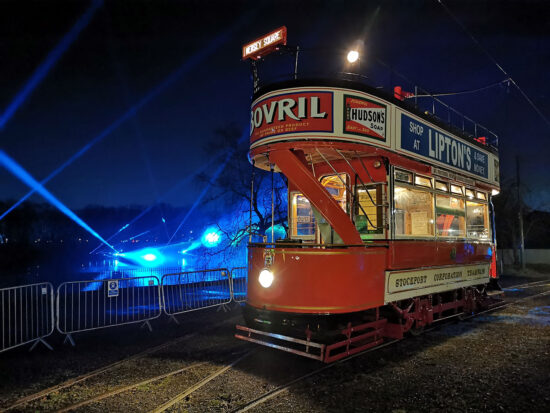 Some of the lighting of Lightopia can be seen across the lake as Stockport 5 stands waiting at the new Lakeside terminus. 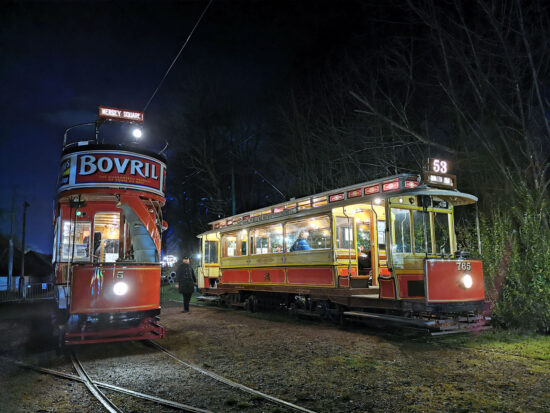 The two main operational cars for the duration of Lightopia are seen outside Lakeside Depot. On the right we see Manchester 765 with Stockport 5 alongside. 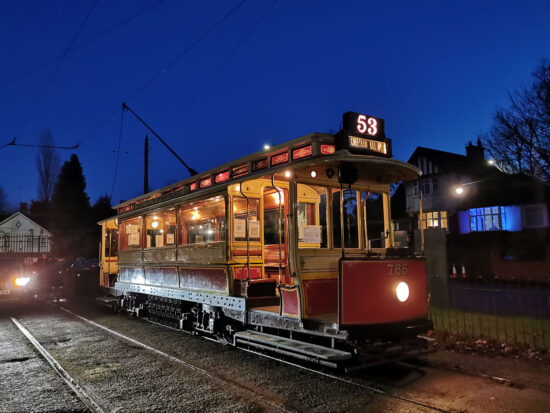 Manchester 765 waits at the other end of the line – Middleton Road Gates. 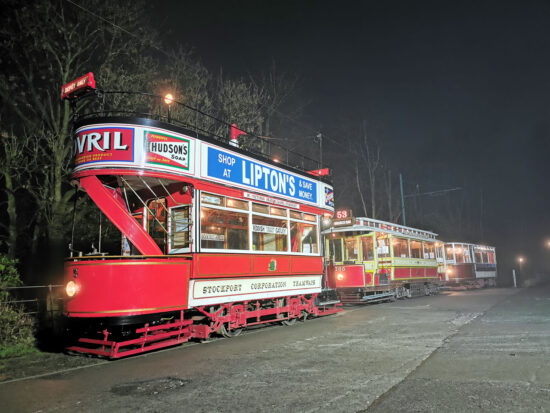 Stockport 5, Manchester 765 and Hull 96 stand at Whitegate. Although 96 was not used during the event for passenger trips it was used by the Manchester Transport Museum Society to raise some funds. (All Photographs by Joshua Haworth)