In Pictures: Snow in Edinburgh!

Posted on Sunday 3 January 2021 by Gareth Prior

The end of 2020 saw snow fall in various parts of the UK which led to the chance to capture trams running through the white stuff. One such tramway was Edinburgh which saw a dusting of snow on 29th December although there was no significant disruption to services with the current revised timetable able to operate throughout. John Hampton braved the cold to capture these images. 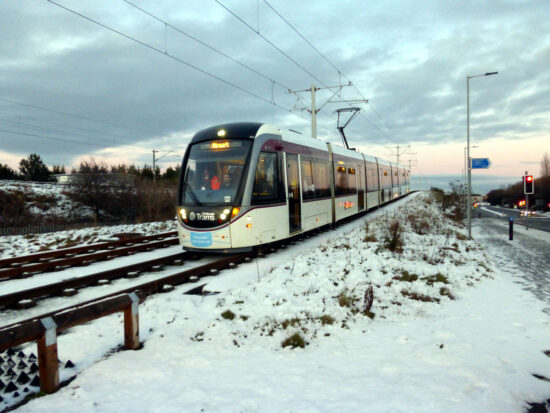 At Bankhead with 263 descending the gradient leading into the tramstop as it heads to the Airport. This tram retains its special masks as a reminder to passengers of their requirement when travelling on board. 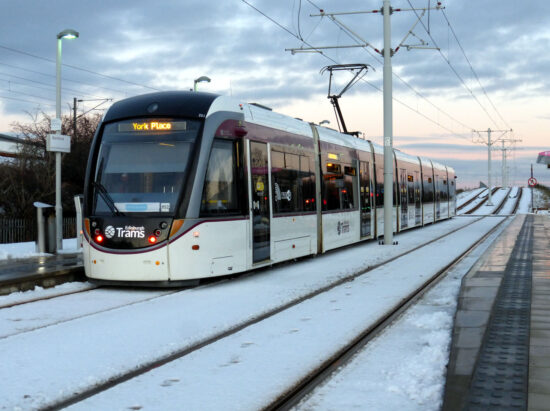 Another view taken at Bankhead showing 251 at the stop about to depart for York Place. The tram is devoid of all external advertising as it has been since March 2020 when it lost vinyls for American Express. (Both Photographs by John Hampton, 29th December 2020)